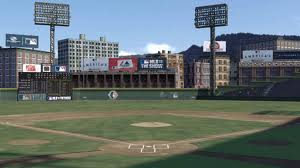 Well, here it is the first week of December and I’m already receiving notices from Major League Baseball about next year’s season and Spring Training. I really love baseball and especially love going the spring training games in Florida where you can get close to the action and see how the teams are forming up for the season.

If you read my earlier article, Discouraged?  Lessons From a Would Be Athlete (Click to read), about my early days trying to be a baseball player you will understand why I am primarily a spectator.

I have followed baseball since I was very young.  I remember listening to the Cincinnati Reds games when I was just a small boy.  My big sister Carolyn and I shared the upstairs bedroom in our house on Jefferson Avenue in Chillicothe, Ohio.  We had a small white Crosley radio that could pick up Cincinnati stations and Carolyn was so understanding, letting me listen, radio turned low.

Waite Hoyt was the baseball broadcaster, after a career that included being one of the dominant major league pitchers in the 1920s, and the winningest pitcher for the New York Yankees during that decade and a Hall of Famer. He was inducted into the Baseball Hall of Fame in 1969.    He was known for entertaining radio audiences with anecdotes during rain delays and his stories were so fascinating that sometimes you wished that it would keep raining while he finished his stories. 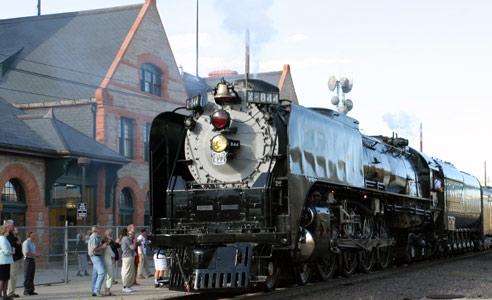 hat a delight it was then when I finally got to go to a live game in Cincinnati.  My friend Ronnie Hines and I were able to talk our parents into letting us take the B&O Baseball Excursion Train from Chillicothe to Cincinnati, about 100 miles down the track.   What an exciting adventure for two young boys to take that train so far by ourselves and spend the whole day at Crosley Field, watching a doubleheader, then taking the train back home in the evening. What a thrill to watch my Red's heroes,  including big time hitter, Cincinnati first baseman Ted Kluszewski,  one of the best, in person.

At these games sometimes I wondered what it   would be like to be the son of a baseball player, maybe Big Klu’s son. What fun it would be, watching the game from the stands, relying on Dad to do the work while I ate popcorn and hot dogs.

There came a time some years back when that thought struck me,  made me think about the son watching the father play, and to realize how much baseball parallels  life’s journey.

We start out in life as a young player, a rookie.  There is so much to learn, life's equivalent of how to bat, throw, catch; how to play your “position”; how to get along with the manager and the teammates.    Most of these things take some training… but a LOT of experience.   Most of life is like that.   Sometimes we feel like that young Rookie, so much to do, everything depending on our doing the right thing at the right time in order to succeed.

As a “player” in life, I have often felt like a “rookie”, even after playing for a number of years.  Sometimes not confident in my abilities, concerned about the lack of education, about supporting my family, worried about my career, pressure in almost every aspect of my life.   This resulted in my being plagued by a burning desire to CONTROL situations.  Not that I was feeling overly important, just RESPONSIBLE!!

You’ve probably heard the saying; “If it is to be it’s up to me!!!”  Well, I fell for that line, that kind of thinking.   Now I did many admirable things I suppose.  I worked in a number of companies,  many hours a day in some, up to 100 hours in one miserable never to be forgotten week, hardly made it home for a nap before I was called back to the office.  Early data processing guys weren’t supposed to sleep!  I took on the responsibility for making everything work and come together in every aspect of my life, had to have my finger on the pulse, ear to the ground, nose to the grindstone.... WHEW!!   There were times when the pressure was almost unbearable, my feeling inadequate but still knowing “it was up to me".

At a point in my life when I was finally ready to grow spiritually,  to let go of “self” and find a better resource, a friend introduced me to a different view of The Bible and how God, the infinite intelligence, is close at hand, available, there to be leaned on and trusted in.

I began to study how an itinerant prophet and  teacher named Jesus, a man who through an incredible grasp of the spiritual nature of life,  an inseparable closeness to God, was able to demonstrate life far above his contemporaries by healing sickness, uplifting the downtrodden, feeding the hungry, overcoming all manner of material obstacles.  As a man who had no formal education and little religious training, he actually turned to and relied on God as a present help.  And he didn't seem "pressured" at all. That sure is what I needed!!!

Several of his statements gave me a lot to think about:   He said, “I can of mine own self do nothing’ * and, “ The Father that dwelleth in me, he doeth the works.  **

He also said, “The Son can do nothing of himself, but what he seeth the Father do: for what things soever he doeth, these also doeth the Son likewise.” ***

This humble man was able to see so clearly the fact that life is really spiritual that he could calm a storm, walk on water and heal every adverse "material" circumstance.  Definitely someone  I wanted to know more about and to emulate to the extent possible.    If someone like that could let the Father do the work, what was I waiting for??

Relating back to baseball, and wondering what it would be like to sit in the stands and watch my father play.   Here was the answer.   God, as our Father, takes the field for us every day and we can enjoy watching the Father play the game of life, take the pressure off of ourselves, turn over the burdens, see that life is not about worry, worry, scurry, scurry.    That doesn't mean that we don’t do anything, but our job is to do what all good children do, live the kind of life that makes the Father proud.  That same Jesus gave us this instruction, indicating that following his pathway,  would truly free us from worldly pressures, lift us to the understanding that Life is Spirit:  "Come unto me, all ye that labour and are heavy laden, and I will give you rest." ****

It takes effort to let go.  At least it did for me, I had to overcome  the fear of turning loose of the wheel, learning to trust, to put my hands in my lap and let God control the situation.   But I can vouch for the fact that sitting in the stands watching the Father play is wonderful!!   We can trust God  to take the stress, to handle the fast pitches, the curveballs that are thrown at us.   I personally have seen Him hit a lot of home runs!!!

19th century spiritual umpire and theologian, Mary Baker Eddy, said "To strike out right and left against the mist, never clears the vision; but to lift your head above it, is a sovereign panacea."

You really hit one out of the park, Pat!

I've always thought of infielders executing a double play as a great expression of Soul!

I love reading your blogs. I always learn something new about you, or your life, that I didn't know. One would think after being someone's son for nearly 50 years that you would know everything there is to know. Keep on writing and ill keep reading and learning!