Calm on my Lake of Life

Considering the contention, confusion, anger and hatred that seems to permeate our world, I have found these cautions to be great for smoothing out the ripples and waves in my little "lake of life"....

From the Bible:
“If it be possible, as much as lieth in you, live peaceably with all men.”

“Leave off contention, before it be meddled with.”

“A soft answer turneth away wrath.”

“Judge not, that ye be not judged.”

Although it is often a struggle, I have discovered that the world will survive without our anger, without self-righteousness and righteous indignation, without judgment, without our fear that "things are going down the tube fast"!!!

A day filled with love, love for every turning leaf, every dog tail wag, every moment of affection, every inspired thought... and even harder, love and respect for every angry driver that is doing something wrong, every one who jumps in line in front of you at the grocery, every politician who obviously doesn't understand how to understand the constituents, every foreign or national leader who seems to betray the people's trust... even for them, working to see them in the purest light of LOVE, will make your day.

A favorite poem helps me each day... especially when my eyes are seeing what my heart doesn't want to see:

Speak gently, it is better far
To rule by love than fear;
Speak gently, let no harsh word mar
The good we may do here.

Speak gently to the erring ones,
They must have toiled in vain;
Perchance unkindness made them so;
O win them back again.

Speak gently, ’tis a little thing,
Dropped in the heart’s deep well;
The good, the joy that it may bring,
Eternity shall tell.

Christian Science Hymnal ....
Music from A Students’ Hymnal (Hymns of the Kingdom)
By permission of the Oxford University Press
Posted by Patrick Collins at 1:09 PM 1 comment:

Teacup One and Envy 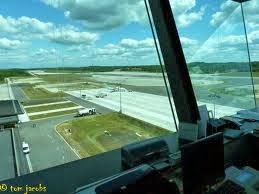 “Tower, this is Teacup One, F-104 on the ramp,  for taxi and takeoff instructions.”... a familiar voice came over the primary tower frequency.

Looking down from the control tower I could see the F-104 Starfighter preparing to taxi to the active runway.   That would be “The Major” in the cockpit.  He was the commander of the small Flight Test group at our base, their “call signs" were Teacup One through Five and we knew each one through near daily contact. 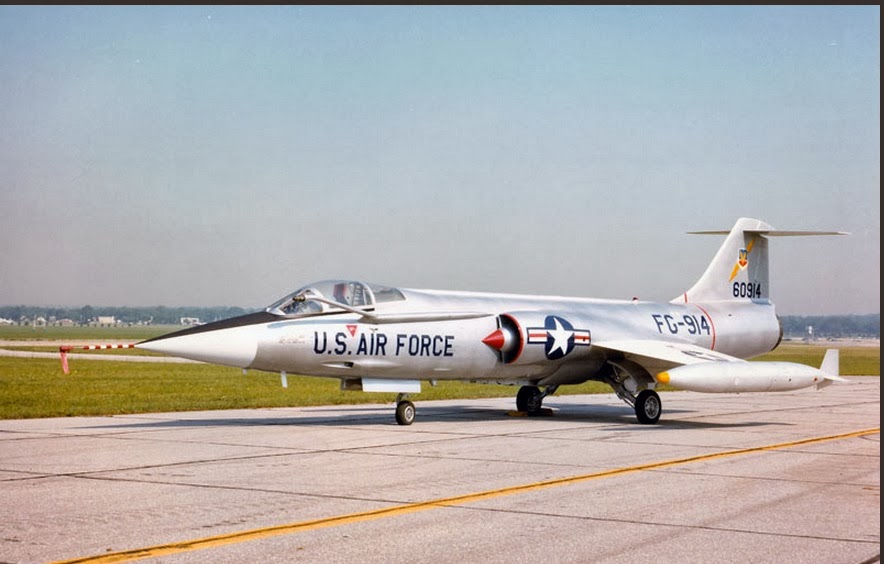 I had seen the Major walking across the ramp towards the aircraft in that flying suit that high performance aircraft pilots wear, maybe he wasn’t actually swaggering, but I would have been.  The difference between a pro and a “want-to-be”!! 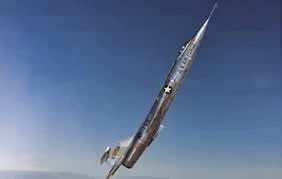 I gave Teacup "the nod to leave the sod"  and, cleared to go, he began the takeoff roll. As Teacup One rocketed down the runway and rotated to go vertically, climbing straight up,  I requested he call off his altitude at 5,000 foot levels.   There was no real need for that, I was just thrilled at the speed at which that aircraft was rocketing upward, the F104 climb capability rated at 48,000 feet per minute and a top straight and level speed of over 1,300 miles per hour. A near rocket with 7 foot stubby wings.. all power plant!!! I nearly shivered with envy as he called each altitude level... he was smokin'!!!!!

With all my heart  I had wished I was behind the controls of that marvelous bird.   I felt that deep distress of envy.  I realized at that moment that glory days of being an Air Force  pilot were not going to happen for this intrepid airman, no supersonic flights, no high speed climbs to altitude, no glamorous adventures, no coveted pilot’s wings, no jumping into a high performance jet and doing victory rolls for me.   :::sigh:::

Now envy is not a new phenomenon.  It preceded the internet, personal computer, television and even the iPhone and CHEERIOS!  The Bible records envy as far back as the allegory of Adam and Eve in the Garden of Eden contained in the book of Genesis.  Therein recorded is the story of the how Cain, one of their sons was envious of his brother Abel, and killed him. Envy ruined both of their lives.

Eve was tempted to eat the “forbidden fruit”, a form of envying that she and Adam couldn’t have everything they wanted.   Envy ruined both of their lives.

Envy, defined in our dictionary as a “painful or resentful awareness of an advantage enjoyed by another joined with a desire to possess the same advantage” and it ruins lives. Related words describe some of the many costumes envy may be wearing, words such as: covetousness, animosity, enmity, hatred, ill will; malice, maliciousness.

But is Envy really about others?  Isn’t envy just feeling dissatisfied with ourselves, unhappy with our own status, our place in life, in our community or our family? 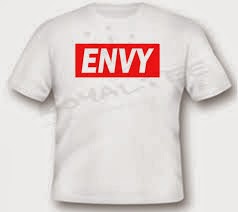 Envy has appeared in my personal experience as:  “Why did they choose that guy for the job?  I am more qualified.”  Or, even worse, “Her prayers always seem to be effective and God doesn’t seem to hear mine!!” If envy wore a Tee shirt with a red ENVY written on it, we would know it, shun it, give it wide berth.

In a statement in her Miscellaneous Writings, Theologian Mary Baker Eddy writes: “If a man is jealous, envious, or revengeful, he will seek occasion to balloon an atom of another man’s indiscretion, inflate it, and send it into the atmosphere of mortal mind — for other green eyes to gaze on: he will always find somebody in his way, and try to push him aside; will see somebody’s faults to magnify under the lens that he never turns on himself. *   “WOW!  Now that’s putting it right out there!!!

At one of my more "silly thoughts" moments, while questioning whether some recent actions and comments were based on envy, I pondered, “I wonder if the number 5 is envious of the number 100.   I could almost envision a Number 5 saying… “Gee, that 100 has 3 digits.  It looks really good with that rounded end number, so symmetrical, and it is such big a number, WOW, to be One Hundred!!!   He must know someone higher up!!  What must it be like… here, I am… a little 5.  I wish, I wish, I wish…”.

But, what would the Number Set be without 5!!  It is famous for its role 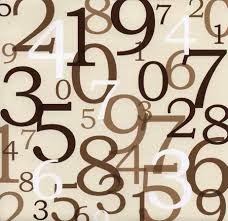 in “five fingers”, “five toes”, “five dollar bill”, or in England “five pence”!!!  In Spanish, Cinco; In Arabic, Khamsa;  In German, Funf;   It has a name in every language.  How important is that???  And, likewise,  what would eternity be without one of its most wonderful ideas...YOU?

As with all problems we face, our solution is not extracting envy via mental surgery or pumping it out into a bucket for disposal, but it is removed by filling our thought with gratitude for who we are as vital, irreplaceable ideas of God, by realizing our inseparability from the Mind that created us, that mind characterized by the Apostle Paul as  “in whom we live and move and have our being” **.

As we begin to more fully appreciate ourselves, our unique, individual, one of a kind, irreplaceable selves,  we can begin to see others in a clearer view, appreciate them for their contribution, cherishing them as individual ideas of the Creator instead of jealously fault-finding.   When envy looms in my thought I sometimes practice by trying to see some small good quality in the person or thing that I envy, looking for even just one thing in them to appreciate and love. And I can always find loads of good when I do that.

As Jesus so wisely prescribed:  “Be ye therefore perfect, even as your Father in heaven is perfect.” ***