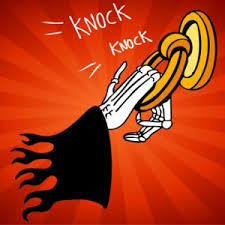 another pharmaceutical commercial during the evening news television broadcast recently. Commercial after commercial… offering up an array of frightening symptoms of one physical malady after another, each message planting seeds of doubt and worry to the receptive and unsuspecting thought.
I have seen and experienced the effect of some of these messages… “Do I have those symptoms, could that be what I have? I think I may have those symptoms, that horrible condition!”

Oh, the power of Suggestion!!! Suggestion is probably appearing in a venue near you… TODAY… TONIGHT… TOMORROW!!! See if you can identify and unmask him!!

Targeting a marketing pitch to a receptive client is very important in marketing and sales.  The motto seems to be to “Plant the Seed of Need! Then provide a solution or fix!” In other words… SUGGEST!!!

We should pity the physician who has to eventually answer to the fears and concerns resulting from the suggestive messages and eventually calm and overcome the patients’ concerns.

Pharmaceutical commercials are just one type of aggressive "suggestion" that we face from the media every day. Not all are fear based.  Some are enticements. Images of new 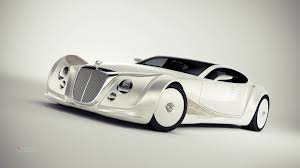 flashy cars, beautiful luxurious homes, scenes played out of beautiful men and women finding the good life in often far fetched circumstances, the allure of wealth and happiness based on material “things”, planting the seeds of discontent with our sometimes humble lives.

While many of these enticements are innocent enough, they often influence us to do what is not in our best interests, such as an enticing ice cream commercial often gets my interest and suddenly I need an ice cream “fix”!!

As a guy who really doesn’t NEED any more ice cream and has felt the influence of all of the above "suggestions", that old song, “I Hear You Knockin’ But you Can’t Come In” has relevance. Those lyrics magically appearing in my thought at some of the most tempting moments have saved me, helped me to close the door on intrusive thoughts and brought me back to more rational thinking,  guarding my thought.


When I was a young boy, a well-known hypnotist came to town and put on a show. This “mesmerizer” was very convincing as he went through his act, choosing one person after another from the audience. These folks, ordinary Main Street moms and dads, middle America Ohioans, arrived with innocent and open minds, eager to see what was coming next. There was no defense for them, as they were subject to every suggestion that the hypnotist made.

One older lady who was told that she was very thirsty immediately began showing signs of light distress and drank several glasses of water while we watched, fascinated. When the hypnotist woke her up she had no idea of what she had done.

Another volunteer selected was a very distinguished looking, middle-aged man, bald and rather rotund. The 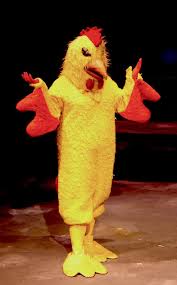 suggestion was made to him that he was a chicken and he immediately he began running around the stage clucking, waving his arms as though they were wings.  It was  a really good chicken imitation which I am sure he could never have imagined he would ever be doing in front of an audience.

From that very moment, even as a young boy, I knew that I never wanted to be put to sleep by suggestion in that way, nor be fooled into believing something that was not true. AND, most "suggestions" don’t come as easily identifiable as does a tuxedoed Hypnotist!! They come subtly as our own thoughts!!

Mesmerism, or hypnotism involves the mesmerizer making suggestions and his clients becoming absolutely mesmerized by him, convincing enough for them to act out the role that has been suggested.

Abbé Faria was one of the disciples of Franz Anton Mesmer, an early experimenter in what was called “animal magnetism” in the late 1700s. Faria continued with Mesmer’s work and conducted experiments to prove that “no special force was necessary for the production of the mesmeric phenomena such as the trance, but that the determining cause lay within the subject himself;” In other words, that it worked purely by the power of suggestion.

Certainly we need no hypnotist to be affected.  We are bombarded by hypnotic suggestions every day, sometimes every moment.

Pioneer in Christian Healing, Mary Baker Eddy, in her Book Science and Health with Key to the Scriptures, realizing that disease is fear made manifest on the body, wrote:

“Stand porter at the door of thought. Admitting only such conclusions as you wish realized in bodily results, you will control yourself harmoniously. When the condition is present which you say induces disease, whether it be air, exercise, heredity, contagion, or accident, then perform your office as porter and shut out these unhealthy thoughts and fears. Exclude from mortal mind the offending errors; then the body cannot suffer from them. The issues of pain or pleasure must come through mind, and like a watchman forsaking his post, we admit the intruding belief, forgetting that through divine help we can forbid this entrance.”( 1


The Bible describes  “planting suggestions” in a parable  about a farmer who planted good wheat seed but an enemy came along and planted tares, or bad seed,

among the wheat. To me this parable typifies the bad “suggestions” being planted in our thought to battle the good seeds in our thought. Some Bible scholars agree that in the story in Matthew 13, the enemy who planted the seed was actually the farmer himself, unwittingly letting the evil, the temptation, the bad seed take root.

These downward pulling hypnotic “suggestions” aren’t a new thing! Jesus was tempted by that “knocking at the door” after some long period of meditation and prayer, alone on a mountain when intrusive thoughts identified as “Satan” suggested that Jesus could turn rocks into bread, throw himself off of a mountain, even be King of the Jews. Jesus, realizing that Life is Spiritual,  quickly identified the thoughts as evil "suggestions", and "Satan" disappeared.

Recently. I went through a rather lengthy siege of attacks from "suggestions". It seemed like one thing after another came to me and as soon as I prayed and overcame one thing another, even more serious,  hit me. There seemed to be no consistency, rhyme or reason in the attacks. The problems ranged from not being able to form sentences, not able to voice the words that were in my thought,  to instability in standing and walking, back pain, loss of vision, extreme anxiety, and so on and so on.

Letting down my guard,  my reactions ranged from fear of the symptoms, to the thought that I was passing on, to mental confusion and looking for a cause on one side… to laughing out loud when I realized (as one who has practiced Christian Science healing for many ailments and life problems for fifty years),  how utterly ridiculous the whole scene was. These material suggestions were so exaggerated,  I was acting like a tennis player running around the court hitting back the ball… backhanded, forehanded, in bounds and out of bounds!!!

Then I remembered Mary Baker Eddy's clear direction in times of distress:  "Take possession of your body, and govern its feeling and action. Rise in the strength of Spirit to resist all that is unlike good. God has made man capable of this, and nothing can vitiate the ability and power divinely bestowed on man." (2.

Apparently I was believing the "suggestions".  It became clear that the more I looked at myself, my body, my personal situation for health and happiness while suffering from a deep sense of loneliness after the recent loss of my spouse, the more problems I would find.

Then, after a short while of listening for God's guidance, that old song,  a reminder to "stand porter at the door of thought"  came to me once again and I sang out loud… "I hear you knockin’, but you can’t come in”.  Remembering that we are here to reflect God's infinite goodness and Love replaced the fear and negated the suggestion.   And “the devil”, identified, disappeared.”

Whatever your religious or moral beliefs and convictions, we can all be alert to these "suggestions" and consider where they are coming from. Understanding that the only real, true, inspired and eternal Truths are from our Father, we regain our sense of  health and happiness.     Keep Singing!!!!!