I saw her again today. She is always in the same place every day, right at the edge of the roadway  when I go past on my walk. 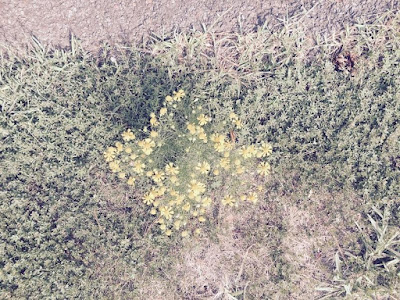 I expect that most people don’t even notice her as they rush by in cars and trucks, and I wonder if that makes her sad.  She’s a beautiful little thing, even sort of perky with her yellow hair and uplifted face and it’s a pity that those who miss seeing her have lost a wonderful opportunity to experience true loveliness.

It doesn’t matter how many times I’ve passed by. I always stop and look, sometimes standing there for a few minutes just staring down at her, giving her well deserved admiration, a lot of smiles and a few compliments. Yes, I talk to her and a few of her friends growing nearby. 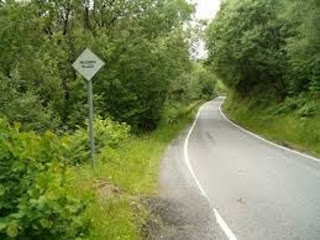 What a wonderful example she is of persistence,  beauty and vitality. Her "home" is a dirt berm  within a few feet of the roadway, no fancy garden, no beautiful amenities.  I’m not even sure what type of little flower she is but she doesn't seem to worry about that and never complains..

Looking at her my thoughts are momentarily  lifted above worldly concerns, worry slowly vanishes.
A peaceful feeling washes over me and I begin to realize that God is reflected in her little face, a promise that no matter my material sense of existence, the view of a world in conflict, sometimes sadness, sometimes  struggles, the sense of urgency in day-to-day situations that would argue "Hurry, Hurry, Worry, Worry"  fades away and a more tender view of God's endless Love fills my heart.

I see her as a  sort of  a poster child for those dear ones that  are passed by every day as we rush about, self absorbed, often too busy to see and feel the beauty that surrounds us or the need to be noticed and appreciated by those who are ignored, almost invisible and unnoticed .

I am tempted to pick her and take her home, but she speaks silently to me. She insists that she is there for a purpose, well rooted in her mission.  She is a “sentinel” with a job to do,  not there to be a “possession”,  but a symbol of God’s everpresence, a beautiful idea  to remind us of Love’s  constant blessings.  She sings sweetly, "There is more to life than you know.  Life is eternal and beautiful.   Stop and smell the roses... and the little yellow flowers too"!!!

After our conversation, I bid her goodbye,  turn and keep walking down the road, refreshed. Thanks little friend!  Thanks Father. 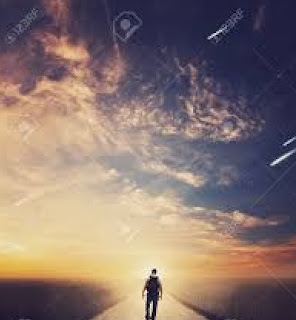 Well he was certainly dirty. This man, a rider on the subway, was filthy and his hair stood out in all directions, unshaven and shabbily dressed. People were avoiding him, moving away to take seats farther from him.


We were traveling downtown, my wife my daughter-in-law and her husband and their two children. We were sitting in the last car of the rapid transit train to go into Center City Atlanta for the day.

I confess that in spite of my wanting to love this man, I had second thoughts and a little trepidation as he smiled back at me and came over to sit by my family.

As we spoke with him we found this man to be charming, 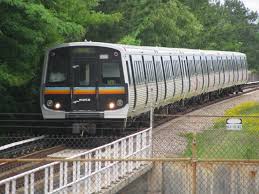 and as we rode along at high-speed, he pointed out to the children points of interest as we sped by, places I had often passed by en route to and from the airport on business trips and had never really noticed.

This man's name was Eugene. He was delightful and we all became fascinated by him and his stories. We all engaged in conversation and laughed and talked. There was no barrier, no difference we were all one in the lovely conversation and the children adored him.   What a wonderful lesson in overcoming “fear of differences” this was for all of us. It turned out that simple affection and open hearts turned into a wonderful experience and I was sad to say goodbye to Eugene as we reached our stop..

I learned once again the lesson of Affection, Love one another” the medicine prescribed by the Great Physician, Christ Jesus.

Religious pioneer, Mary Baker Eddy writes: “As a human quality, the glorious significance of affection is more than words: it is the tender, unselfish deed done in secret; the silent, ceaseless prayer; the self-forgetful heart that overflows; the veiled form stealing on an errand of mercy, out of a side door; the little feet tripping along the sidewalk; the gentle hand opening the door that turns toward want and woe, sickness and sorrow, and thus lighting the dark places of earth.” (1

It seems that in our daily walk we often lean towards 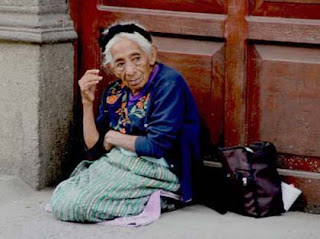 self-interest and are often blind to the needs of our fellow man. I have caught myself in the past, passing by opportunities to reach out with help and I always regretted it later. Even when I’ve had the best of motives, it has been easy at times to justify passing by when others may just need a hand to help them along, a smile or a friendly acknowledgement of their presence. The old excuses come up: Too busy right now; Someone else will stop and help; Next time;  I HAVE to be at that meeting!!

This preoccupation with our own self-interest is not a new one. In still another example of how the lessons from centuries ago, as contained in the Bible are relevant today, the story of the good Samaritan as described by Jesus is another example of the Christly compassion that we can embrace in our own lives. In this story a man traveling from Jerusalem to Jericho, “fell among thieves, which stripped him of his raiment, and wounded him, and departed, leaving him half dead.” 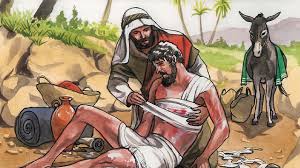 While many passersby, perhaps even proclaiming their love for God, maybe even hurrying on their way to Temple to pray avoided the poor injured man on the side of the road. But one man with compassion had mercy and stopped to help. From the Scripture:

“And by chance there came down a certain priest that way: and when he saw him, he passed by on the other side.

And likewise a Levite, when he was at the place, came and looked on him, and passed by on the other side.

But a certain Samaritan, as he journeyed, came where he was: and when he saw him, he had compassion on him,

And went to him, and bound up his wounds, pouring in oil and wine, and set him on his own beast, and brought him to an inn, and took care of him.” (2.

A recent photo of Pope Francis embracing a man who was horribly disfigured with tumors and kissing him on the head was a wonderful example to me. I’m sure that many people in the crowd averted their eyes from this man, walked on the other side of the street, avoiding him at all costs. 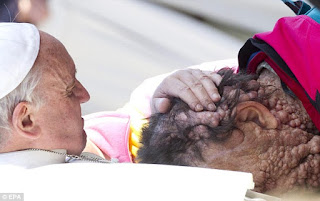 The Pope seemed to see into the man’s heart and embraced him with love and kindness. True love sees through the blemishes and the exterior to find the spiritual idea.

When I saw the picture, I thought of Jesus compassionately and fearlessly touching the leper , and my heart asked my head: Do I turn away from what seems horrible to look at? Do I embrace the homeless, the poor, the distraught? Do I look away from those with physical or mental problems? Do I offer love and compassion?

These thoughts prompted me to go back to read once again my favorite poem, Teach Me to Love. That poem with it’s compelling sentiment has become my lighthouse to help me stay focused on what is really important in a world seeming filled with rhetoric, self interest, self will and self importance. I invite you to read it.

And... Thanks Eugene for the Lesson!! Benefit  Safe Travels!!

There was a time when in my daily prayer
I asked for all the things I deemed most fair,
And necessary to my life,—success,
Riches, of course, and ease, and happiness;
A host of friends, a home without alloy;
A primrose path of luxury and joy,
Social distinction, and enough of fame
To leave behind a well-remembered name.
Ambition ruled my life. I longed to do
Great things, that all my little world might view
And whisper, "Wonderful!"

Ah, patient God,
How blind we are, until Thy shepherd's rod
Of tender chastening gently leads us on
To better things! To-day I have but one
Petition, Lord—Teach me to love. Indeed,
It is my greatest and my only need —
Teach me to love, not those who first love me,
But all the world, with that rare purity
Of broad, outreaching thought which bears no trace
Of earthly taint, but holds in its embrace
Humanity, and only seems to see
The good in all, reflected, Lord, from Thee.

And teach me, Father, how to love the most
Those who most stand in need of love— that host
Of people who are sick and poor and bad,
Whose tired faces show their lives are sad,
Who toil along the road with footsteps slow,
And hearts more heavy than the world can know—
People whom others pass discreetly by,
Or fail to hear the pleading of that cry
For help, amid the tumult of the crowd;
Whose very anguish makes them cold and proud,
Resentful, stubborn, bitter in their grief—
I want to bring them comfort and relief,
To put my hand in theirs, and at their side
Walk softly on, a faithful, fearless guide.

O Saviour, thou the Christ, Truth, ever near,
Help me to feel these sad ones doubly dear
Because they need so much! Help me to seek
And find that which they thought was lost; to speak
Such words of cheer that as we pass along
The wilderness shall blossom into song.
Ah, Love divine, how empty was that prayer
Of other days! That which was once so fair,—
Those flimsy baubles which the world calls joys
Are nothing to me now but broken toys,
Outlived, outgrown. I thank Thee that I know
Those much-desired dreams of long ago,
Like butterflies, have had their summer's day
Of brief enchantment, and have gone. I pray
For better things.
Thou knowest, God above,
My one desire now—Teach me to love.