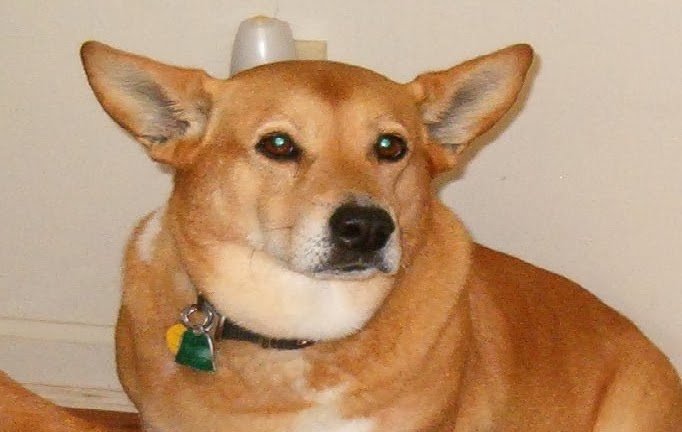 In those sincere brown eyes looking directly into mine from 30 feet away, I could see the stubbornness, the resistance, the implied statement that “I love you Daddy but I’m not coming.”  I suppose there’s nothing more stubborn than a Corgi, a sweet little dog whose main purpose in life seems to be to stubbornly refuse to do anything she is asked to do! It was time for me to call on my most very effective expression: Lucy, Come here… RIGHT… THIS… MINUTE!

And… slowly, I could see her eyes drop down, the resistance fading as she started taking the first steps to come into the house, those serious brown eyes staring up at me seeming to say, “Daddy is serious this time. Better do what he says”.   *1


Many of us have felt that drag, the resistance to doing what needs to be done, to procrastinate or move along sluggishly hoping the need for action will somehow pass us by, or maybe convincing ourselves that sometime in the future will be better. But in my experience those “take action” times seem to keep drifting just out of our reach, into the next moment, the next day, week or year, and we are only fooling ourselves by thinking that in the future we will somehow feel better, have more money, more time, more patience, be more mature, more ready, more, more, more. But always at a later time.

It is one thing when it involves just putting off painting the front porch,changing a light bulb or washing the car. Much more serious is postponing important things like considering our life purpose, where we are going spiritually, what are our life goals, or seriously addressing situations where our life and happiness or the happiness and well being of another are concerned.

Ironically, it often seems much easier to accept the dismal prospect of being sick or sinful, even being dissatisfied with ourselves, or delaying loving acts of kindness and consideration for others, resisting or delaying forgiveness, promising ourselves that in some future time we will do the right thing, maybe later we will apologize for some hurt or offense, be more helpful to others.  We convince ourselves that we will pray at some time in the future for better understanding of God’s love and its influence in our life. I have too often followed the reasoning of Felix, as described in the book of Acts in the Bible. When the Apostle Paul came to him to discuss the teachings of Jesus, “Felix trembled, and answered, Go thy way for this time; when I have a convenient season, I will call for thee. *2

I am fascinated by the lessons taught by Christ Jesus, who knew that we don’t have to wait to see God’s promise, to begin to see through earth’s sometimes dreary outlook and to grasp the perfect spiritual state which is ours to claim at this very moment. He encountered many “postponers” as he made his way through the countryside teaching his followers about Life and Love, how to understand God and how to live a pure life. And he roused them to action!!!

In one memorable scene Jesus came upon a man who had an infirmity for thirty eight years and couldn’t walk. As The Bible has it: “When Jesus saw him lie, and knew that he had been now a long time in that case, he saith unto him, Wilt thou be made whole? The impotent man answered him, Sir, I have no man, when the water is troubled, to put me into the pool: but while I am coming, another steppeth down before me. Jesus saith unto him, Rise, take up thy bed, and walk.” *3

It seems that the belief was that an Angel would come periodically and “trouble the water” and whoever first entered the water would be healed. Now this man had waited thirty eight years for a material solution, someone to help him get into the water, but Jesus said it was time to get up and move. Jesus saw through the claim of material disability and recognized the man’s spiritual identity as a child of God, not needing a material remedy but a better understanding of his spiritual perfection… and right that minute. He told the man to get up and take up his bed and go home. No waiting. No recuperation period. Jesus didn’t even touch him, he just uplifted the man’s thought by seeing him as a wholly complete and healthy idea of God.

A friend told me last month that she had been plagued with problems in the past several years and she said she decided to refuse to “drag across the timeline of the New Year the baggage of problems that she had been carrying.” WOW!!! I decided that I, too, can refuse to carry over problems from the past and to start now, immediately, RIGHT THIS MINUTE, to accept gratefully my true inheritance as an innocent child of God. It is high time to stop being burdened by worry, all of the concerns that seem to flow around us every day, and to begin loving more, caring more for others, concentrating on expressing my spiritual qualities instead of being lulled by the temptation to “do it later”, waiting on the “waters to move”.

Those experiences with Lucy have left me with a better understanding of Right This Minute and I begin to understand John’s assertion that “NOW are we the sons of God.” *4

And, Right This Minute I am telling apathy and resistance to get lost. I have things to do!! And so I leave you with the words of one of my favorite hymns:

Make haste, O man, to do
Whatever must be done;
Thou hast no time to lose in sloth,
When all to Truth must come.

The useful and the great,
The thing that never dies,
The silent toil that is not lost,—
Set these before thine eyes.

Up, face the task and work;
Fling ease and self away;
This is no time for thee to sleep;
Up, watch, and work, and pray.   *5


Thanks Lucy, my little angel. 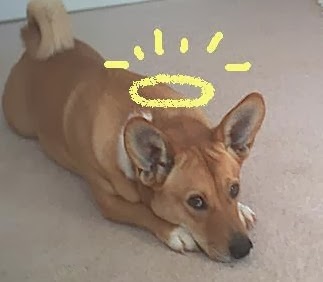 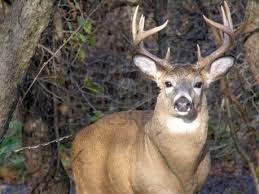 When I first saw him through the family room window he was feeding at the deer feeder in the back yard.  He looked normal enough, a big buck, with a full rack of antlers, standing stately and proud.  But then, as he stepped away from the feeder and turned to move down the hill it appeared that he had stumbled. I watched intently as he lifted himself back up and I realized it was not a stumble but a severe limp. This big boy had apparently lost over half of his left  foreleg in some type of unfortunate incident, perhaps a trap or another animal had caused it. He moved slowly but steadily, regained his balance and moved on down the hill. That was over a year ago and I’ve often wondered what happened to him.

When I was walking through the house today, I glanced out the window and saw him again.  This time he was trying to bend down to drink from the fish pond. He was bent over, awkwardly, and I waved at him through the window. Then I thought, is that a silly thing to do, waving at a deer??  But at least I had his attention.  I so wanted to communicate with him, tell him how thrilled I was to see him, to find that he was alive and well, how much I loved his presence, the beautiful image he made up against the trees in the woods behind my house.  But, instead of letting well enough alone, I quietly slipped out onto the back deck were he could see me plainly thinking that  I could better communicate with him. But, alas, it frightened him and he gracefully fled down the hill with no apparent loss of agility due to the shortened leg. 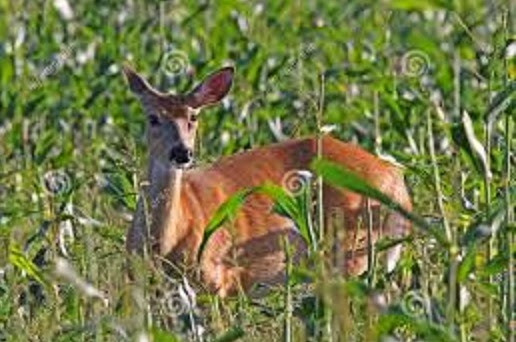 I think I learned a lesson this afternoon.   I had so wanted to be part of his world, to let him know that we were feeding him and the eight or nine doe that are usually close by because we welcomed them, and to indicate forgiveness that they had managed to knock over a couple of rows of corn stalks so they could lie comfortably while eating my sweet corn last summer!!!    Actually, we see them constantly in the backyard,  in the garden in the summer or at the feeder, maybe eating apples from the trees in the fall or acorns or the crimson clover that we planted for them in the winter.     But due to my overzealous approach, I frightened him off.

It made me wonder why I couldn’t just enjoy him through the window. I certainly had no intent of frightening him, but wanted to share a lovely crisp winter afternoon with him, just watching and admiring him. Then I wondered how many people I may have turned away over the years  due to an overzealous attempt to be friendly or to share things that I hold to be important, but awkwardly like a "bull in a china shop"!!    I started thinking that it is high time for me to approach life more gently, to appreciate things where they are, and as they are and not be so forward, so intent on forcing a relationship, so overzealous in sharing the things I have learned about life, God’s love and the sustaining power of spirit.

Maybe, after so many years of trying to be “In Control” of things,  I am finally learning  to follow to some degree the counsel offered in the Book of Proverbs in the Bible:   “Trust in the Lord with all thine heart; and lean not unto thine own understanding. In all thy ways acknowledge him, and he shall direct thy paths.”

When we are listening to the spiritual intuitions that come to us as divine ideas, we learn to move as God directs, not too soon, not too aggressively, but patiently, lovingly, intelligently.   I all of a sudden thought about Jesus, a man who had so very much to share, so much love to give, such a compassionate and loving heart.  When he was sharing, he did travel to different locations but usually he went to a place and people came to him when they were ready.   He didn't wave at them, run after them, tackle them and hold them down to share his thoughts!!! OK, waving may be okay.

I am hoping that beautiful old Buck will forgive me for my exuberance and give me another opportunity to love him from a distance, and to enjoy that deep love of life which is proof of God’s presence.