Ofttimes lessons and uplifting ideas come to us most unexpectedly.   It seems that when we are least prepared for inspiration or the opportunity to learn new lessons, they come quickly and have tremendous impact.. 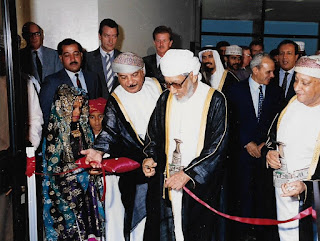 Jumping at the opportunity to be at the show and to demonstrate several innovative products that we were marketing in the Middle East, we agreed to participate.    . One such product was a circuit board for personal computers  that facilitated the keyboard switching between Arabic text and English text. It was quite novel and we had tied it with a very popular database software which were also marketing, in addition to our consulting services.

The first eye-opener of the day came while  speaking to the Minister of Information and his entourage. As we told them about our technology, a sort of a bird's eye view, an overview of the multi-cultural scene came to my thought.  Standing there with me, an American student of Christian Science,   were Peter,  a Lutheran from Copenhagen Denmark,  Awni, a Palestinian Christian resident of Bethlehem who partnered with my company, and Omani officials, Muslims,  and other attendees from India, Pakistan and other countries.

As we conversed, sharing thoughts on technology and describing our
products to the Omanis and other attendees of different religions and nationalities in the group, it seemed like a wonderful harmonious example of how people of different backgrounds can actually live and work together.

Later that day, not having yet moved into my apartment in Oman, we checked into the Al Bustan Palace Hotel,  a beautiful facility, sort of the pride of Oman.

Dinner in the hotel in the evening featured huge buffet tables set in the area by the swimming pool and close to the beach.  Many people were already there and surprisingly there was a long line of people, all wearing tuxedos, and there were few people with the traditional Omani dress, the "dishdasha" and mussar or kummah headdress.

Joining the buffet line at the very end, behind the line of tuxes,  I was intrigued by the man ahead of me.  Very distinguished looking and a commanding presence, he looked so familiar.   I couldn’t recall where I had seen him.   Perhaps he had been here before on a previous visit it was obvious he was with the snazzy group and there hadn’t been a bunch of tuxedo-ed people here on my previous visits.

Curiosity won out and as I reached out to shake hands, told him that  as someone who  had visited this hotel a number of times I was curious about the  group who are now serving themselves at the buffet.  He smiled kindly and introduced himself as the conductor of the Israeli Symphony. He was a very well-known man and had performed in the United States many times and familiar to classical music lovers around the world.   I KNEW it!!  That’s who he is!!!

Imagine, the entire Israeli Symphony was here, in Oman, in an Arab country.  The conductor smilingly told me that Sultan Qaboos,  the Ruler of Oman, loves classical music and invites the Symphony to play occasionally.    Sultan Qaboos who was educated at Sandhurst Military Academy in England,  is very forward thinking and apparently a music lover.

After a pleasant but brief conversation I took my plate and sat down by myself. Reflecting on the unusual happenings of the day, thought wandered and pondered.

Couldn't it be this way all over the world?   Does war and terror have to be practiced in the world?  How could the events of today be replicated throughout?  Can mankind “get over” the belief of many gods, many creators, different gods, no gods, “my god not your god”?

Can man ever adapt the understanding that there is ONE creative force and learn to live harmoniously?

Can we ever overcome contention, hatred, selfish interests?

Can we demonstrate in a practical way the plea of Malachai (2:10)  ... Have we not all one father? hath not one God created us? why do we deal treacherously every man against his brother, by profaning the covenant of our fathers?

Can we begin at home and then spread love throughout the world?

In every religion of which I am aware, there is this understanding that God is Love and Peace.  Stated differently perhaps.  Different words.  Different interpretations.   But in each there is this longing to reach love, purity, peace.   So why do we have such a hard time harmonizing?

In her Bible companion book, Science and Health with Key to the Scriptures, Mary Baker Eddy,, knowing that there is, can be, only one Creator regardless of human strife, petty contention, differing beliefs and  views of God, gave this encouraging view:

“One infinite God, good, unifies men and nations; constitutes the brotherhood of man; ends wars; fulfils the Scripture, "Love thy neighbor as thyself;" annihilates pagan and Christian idolatry, — whatever is wrong in social, civil, criminal, political, and religious codes; equalizes the sexes; annuls the curse on man, and leaves nothing that can sin, suffer, be punished or destroyed.”
Science & Health 340:23-29

As I sat there in the mild evening heat of Oman, enjoying a delicious buffet, joyous that I was having dinner with the Israeli symphony, in an Arab country, where Christians and Muslims and Israelis all were together harmoniously today, marveling at God’s goodness, I recalled  a hymn that we used to sing in the Methodist Church when I was young.  Written by William A. Dunkerley, under his pen name of John Oxenham, the hymn is as follows:

In Christ there is no east or west,
in him no south or north,
but one great fellowship of love
throughout the whole wide earth.

In Christ shall true hearts everywhere
their high communion find;
his service is the golden cord
close-binding humankind.

Join hands, disciples of the faith,
whate'er your race may be.
All children of the living God
are surely kin to me.

In Christ now meet both east and west;
in him meet south and north.
All Christly souls are one in him
throughout the whole wide earth.

As I retired for the evening in this beautiful hotel I was profoundly grateful for the demonstration that East and West met, and we are one!!

And the Best is LOVE 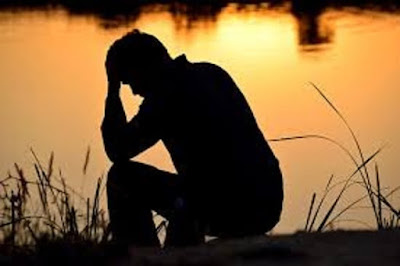 If you ever feel down and out, in a difficult relationship, facing medical problems, confused by the political static, the economy, frightened by the threats of terror, gun violence and war, or just wish for comfort and reassurance,  consider this message.  When Jesus of Nazareth encouraged us to "love one another" and counseled  "thou shalt love the Lord thy God with all thy heart, and with all thy soul, and with all thy mind, and with all thy strength" (Mark 12) it was not just a soothing placebo, it was practical truth for us to practice.  He taught that God IS Love... a real, operative, demonstrable and practical, active science that gives our lives meaning. And he promised that we can do the works that he did, and even greater.  (John 14:12)


These selected verses that have helped me are from a poem by Christopher Wordsworth (1807–1885) and put to music in the Christian Science Hymnal (Hymn 173). A wonderful prayer for Love....


"Love is kind, and suffers long,
Love is meek, and thinks no wrong,
Love, than death itself more strong;
Therefore, Give us Love.

Prophecy will fade away,
Melting in the light of day;
Love will ever with us stay!
Therefore, Give us Love.

Faith will vanish into sight;
Hope be emptied in delight;
Love in heaven will shine more bright;
Therefore, Give us Love.

Faith and Hope and Love we see
Joining hand in hand agree;
But the greatest of the three,
And the best, is Love."

An excerpt from a wonderful daily blog by Christian Science Practitioner Laura Moliter, this morning brought that wonderful hymn to mind. Her words follow:


"We may feel at times as if we have thoughts and ideas that feel inspired and right, and yet they also seem unclear to us, confused, or fraught with challenges to their realization. Don’t give up on those right aspirations. Neither should you feel as if your life is without a distinct purpose, a right reason to keep walking forward with joy and expectation.


The seed doesn’t know what the flower will look like, and yet within that seed is the purpose to be a glorious flower, as nature would reveal. Trust Spirit, God, to know what the finished product of your goals and of your very life must look like. It must look like Him! Your Life is intended to reveal God’s qualities in a unique and wonderful and necessary way. It already is doing so and will continue to bloom, to surprise, and to delight.


Rest your worries and your frantic need to know exactly what tomorrow must bring, and let God reveal the very right thing at the very right time in the very right way. Enjoy this moment, treasuring God’s loving care for you and your goals. It is safe to pause with God, divine Love. His purpose is a promise and it is always natural to us, and yet holy, powerful, successful, and beautiful." 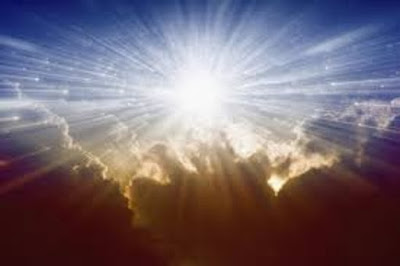 Thanks Laura and Christopher for the wonderful comforting messages of God's Love!!  And to Christ Jesus for proving that Love is not just a word but a healing spirit.


Too late to contact Christopher but you can read more from Laura at:

Posted by Patrick Collins at 8:08 AM 2 comments: