PEACE... OR... WE WOULD RATHER NOT - POLITICS IN AMERICA 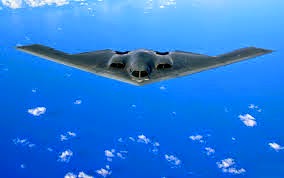 Perhaps the most frightening attitude of earth’s peoples  is one that has been extant over the centuries, that war is necessary to achieve national goals and objectives; to protect a way of life;  and, to further a nation’s goals, religious or secular.  This attitude rejects efforts towards forgiveness and peace.

In other words, throughout history  many nations and their leaders have taken the approach that “only war will win the day”.

As political campaigns and the heated rhetoric they will generate start to build for the next presidential election in the United States of America,  we will hear such attitudes expressed by candidates for that office as they discuss the myriad of conflicts and potential threats in the world today.

We already see early criticism of efforts of the President and other world leaders who seek peaceful solutions  and rational negotiations,  and there will undoubtedly be loud shouts for military action over compromise and finding an acceptable pathway to peace.

As we stand by awaiting the inevitable chest beating,  calls for “protecting our liberty and national honor” and derogatory comments about those peace seeking leaders, and even efforts to defeat their negotiations,  it would be well to remember the words of one of our country’s most successful generals, a respected president and a humanitarian of great intelligence.

President (and General) Dwight D Eisenhower was certainly a brilliant military man, a 5 star General, Commander in Chief of the Allied Forces for the invasions of Italy and Normandy in World War II and the Supreme Allied Commander of NATO.   Great military credentials without a doubt.  But as a man of substance, goodness and humanity he also realized the futility of continued warfare. We need only look back over the past 3,000 years to see that warfare does not end warfare. The players change, the situations change but the inexplicable  inner desire of man to obliterate man is still seen across the centuries.

We should entreat our politicians and, indeed, all Americans to heed the call of President Eisenhower and consider his words as we are urged to turn aside peaceful efforts and support conflict today and in the future.

He said: "Every gun made, every warship launched, every rocket fired signifies, in the final sense, a theft from those who hunger and are not fed, those who are cold and are not clothed. This is not a way of life at all. Under the cloud of threatening war it is humanity hanging from a cross of iron."

And about our forefathers as they established America, Eisenhower said:
"The real fire within the builders of America was faith – faith in a provident God  whose hand supported and guided them: faith in themselves as the children of God… Faith in their country and its principles that proclaimed man's right to freedom and justice."

This man, powerful in war and government, but with a deep appreciation of  life and peace,  understood freedom, democracy and the importance of trusting God for the providence of all mankind.

A recent visit to the Eisenhower Museum several years ago in Kansas revealed  even more clearly that the choices of mankind are: Do we love, or hate?  Do we seek war or can we trust peace?  Are we fearful without carrying a weapon?   Are we humble enough to seek peace and understanding as a solution or must we be pumped up, arrogant and dominate the world?

The founders of America came here to establish a nation built on peace... are we truly in tune with that spirit of peace and love today?  Have we betrayed those early settlers who saw America as a place where people could go to bed at night in peace, who didn't fear for their children's lives, who were tolerant of others?

Yes, America has always defended itself and well it should, decisively and effectively.   "Ike" was certainly not one to bow down to oppression, nor should we let down our guard.   But we must not let the voices of fear and arrogance block efforts to live harmoniously with other nations and seek peace as the first and most desirable alternative.   As a case in point,  history reveals that many of the trusted  allies of the United States were at one time in conflict with us.  If we can be partners and work with countries that were at one time enemies, why can’t we cut out the “middle man” of armed conflict and go right to peaceful relations.

Christians, should recall the words of the Master Christian, Christ Jesus when he said:
“Peace I leave with you, my peace I give unto you: not as the world giveth, give I unto you. Let not your heart be troubled, neither let it  be afraid.”   John 14:27
We pray that our leaders will remember that one huge assignment that Jesus left for his followers:  Love One Another! John 13:34.

Religious Leader Mary Baker Eddy, author of Science and Health with  Key to the Scriptures wrote the definitive answer:   "Bloodshed, war, and oppression belong to the darker ages, and shall be relegated to oblivion.  (1   War will end when nations are ripe for progress.  (2      And when our politicians are ripe for progress, when they are ready to seek peaceful solutions whenever possible, they will be ready for office.
First Church of Christ Science and Miscellany Mary Baker Eddy
1) 285:10