MOLLY and DISTRACTIONS AND DECEPTIONS

Sitting in the control tower at United States’ northernmost Air Force Base, two o’clock in the morning and very dark, the blue lighted taxiways provided a surreal dim glow, almost hypnotic, across the field. With little air-traffic it was difficult to stay awake. Of course it didn’t matter the time of day because at this base, a little south of the true North Pole and almost due east of magnetic north, the sun didn’t come up at all in these winter months. After a sunset in late October, the sun wouldn’t show it’s beautiful smiling face again until early in the next year. You get used to the 24 hour darkness.

Beautiful classical music was playing over one of the air traffic control speakers in the tower. I didn’t know how that was happening since there were no radio stations, actually no people, for a thousand miles or so and certainly no known radio stations. Then, unexpectedly a voice came on announcing the world news. It started off blandly with a soft female voice but quickly escalated as she began describing one of our U.S. Senators as a “known war monger”. I sat up and really paid attention at this point as she unreeled a story that was VERY un-American about one of our Senators and the treacherous intent of the United States.

What a wake-up call!! We soon discovered that the station was referred to as Radio Moscow, a propaganda station somehow using a harmonic to reach our VHF Control Tower frequencies and the speaker was a person known as Moscow Molly. Molly was a cold war replica of World War II propagandists Tokyo Rose and Axis Sally, who broadcast misleading information in an attempt to frighten, dishearten and confuse their enemies and to plant seeds of distrust.

It almost worked for me as Molly began to address the base where I was stationed. I felt that she was talking directly to me, the senior controller in the Tower as she noted, for our information, that the fourth runway light on the right-hand side on our main runway was out and alerted us that it should be fixed.  We turned the runway lights on and she was correct. She even seemed to know what we were having in the chow hall during the week

This little seed of distraction did momentarily make me question our security there, how did this information get out. But recognizing this for what it was, a distraction intended to undermine, to deceive, we quickly dismissed it as the propaganda that is was.

Isn’t that the secret to handling distraction? How 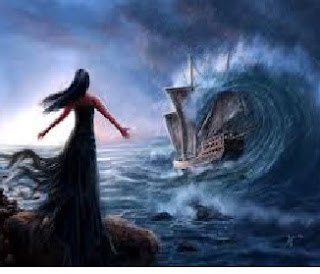 alert we must be to the downward pull of materiality,? This is not a new trick of baseless evil thinking. We remember the “Sirens of the Sea”,  dangerous yet beautiful mythological creatures who lured nearby sailors with their enchanting music and voices to shipwreck on the rocky coast of their island.

In the Bible Jesus faced the same kind of distractions and temptations. As he was in the wilderness praying, Satan came to his thought, tempting him, distracting him from his prayerful vigil by suggesting that Jesus could rule the world, could turn rocks into bread, could throw himself off of the mountain without being hurt if he would only listen to the Deceiver. Of course Jesus had the understanding and alertness to cast out the suggestions immediately.

Responding confidently, Jesus answered the suggestions and said unto him, Get thee behind me, Satan” and then, “when the devil had ended all the temptation, he departed from him for a season. “ (I noticed that Satan left him “for a season”. Good idea for us to remember that because sometimes when we least expect it, the “season’ is over and he comes back with his bag of distractions and deceptions!!!!

Even today we face those distractions that would turn us away from our “mission”, our efforts to follow a life of Love, kindness, helpfulness, purity and healing, to follow Jesus’ encouragement to “Love one another”. 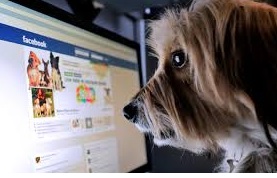 communicating with friends and sharing ideas, can result in friendly people being pulled into meaningless arguments, sometimes becoming vicious. I know because I have fallen into the trap over and over. The distraction, planting seeds of discord, injustice, person against person arguments leave us feeling bitter. And often disappointed with ourselves for being “tricked” once again.

Political discussions can also bring hatred, resentment, nasty attitudes which undermine not only friendships, but peace of mind, and cause misunderstandings, stress and heartache.

Drug advertisements on TV… suggesting illnesses… are another distraction. Like the story of the wheat and the tares in the Bible, these ads often “plant the seed” of the fear of disease in a “healthy field” , often leading folks to become concerned, looking closely for the symptoms described… “Oh dear, I did feel a pain last week, I wonder if I have that!!!!” There is plenty of evidence that these ads and their suggestions can actually cause the disease to appear. (http://www.naturalnews.com/023656_body_cancer_stress.html–– and there are many more references.)

Jesus gave us the mandate to be alert, to watch and pray to identify the distractions and deceptions, as he did. He said : Verily, verily, I say unto you, He that believeth on me, the works that I do shall he do also; and greater works than these shall he do; because I go unto my Father. John 14:12

In her companion book to the Bible, Science and Health with Key to the Scriptures, Mary Baker Eddy encourages us to be alert to duty: “Every day makes its demands upon us for higher proofs rather than professions of Christian power. These proofs consist solely in the destruction of sin, sickness, and death by the power of Spirit, as Jesus destroyed them. This is an element of progress, and progress is the law of God, whose law demands of us only what we can certainly fulfil.”

Further guidance in that same book cautions: "In a world of sin and sensuality hastening to a greater development of power, it is wise earnestly to consider whether it is the human mind or the divine Mind which is influencing one."

So, alert to the worldly thoughts and influences that would distract us from our mission to
Love One Another…
we can say to distraction, Get Thee Behind Me!!! And move forward reflecting Love and Truth in health and happiness.
Posted by Patrick Collins at 2:28 PM 9 comments: