Lesson from the Sun Chimes 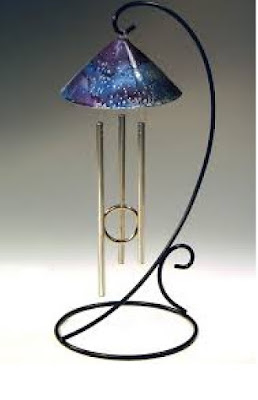 The gentle chime caught my attention. The pleasing tinkling sound roused me from deep thought. The past few days were spent deep in thought, not sleeping well, worrying and wondering. The world news had produced darkened thoughts, stories of irresponsible and depressing American political antics, terrorism in Europe, violence in the Middle East and Africa, domestic violence and other serious problems raining down on humankind, the world seeming to come apart.

Prayer is truly effective but recently the world seemed so threatened, I wondered "what could one individual possibly do to ameliorate this overwhelming plethora of problems facing the world?"

Then, a faint, gentle chime, a beautiful contrast against my troubled thought, gently singing its lovely tune in the background attracted my attention. Although it was not at all loud or forceful, more like the “still small voice” described in the Bible as the voice of Truth contrasted with the violence of earthquake, winds and fire, the music came through very clearly.


This “sun chime” was new to me and fascinating upon realization that the chime was powered, not by the wind nor batteries nor a hammer swung by a bell ringer, just the light of the sun streaming through the window.

In today's words we would say that the creation of that lovely sound “had no visible support”!!

This sunlight manifested an invisible force that was not just a passive glow giving light to the room, providing warmth and stimulus to growing things but a power that could produce sound, ring out a beautiful harmonious tone and lift my thought.

In a world where the forces of matter and mechanics, the push and pull of "human will",  seem to prevail, the tinkling chime gave me a better sense of the unseen power in the Universe. 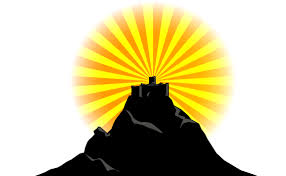 Having just finished study of the wonderful guidance for living contained in the Sermon on the Mount in the Bible, my “User’s Guide” to finding peace and comfort, I was immediately reminded of Jesus’ encouragement for each of us:

" Ye are the light of the world. A city that is set on an hill cannot be hid," (1.)  letting our light of spirituality shine, being a beacon to all mankind. Could our actions actually emulate the sun’s effect on that simple chime, and in similar fashion chime out inspiration, harmony, comfort and healing?

Christ Jesus promised: "I am come a light into the world, that whosoever believeth on me should not abide in darkness. 2.)


This “light” that he reflected was not visible light rays but was “enlightenment”, the understanding that Life is Spiritual, that God is ever present, active, vital, the Truth of being. His light extinguished the darkness and depression of the mortal, material scene that would pull us downward by suggestions of doubt and fear, concerns that we are helpless, alone and “without God” or that we are separate from God, fearful even that God may be a myth.

Religious leader Mary Baker Eddy, author of Science and Health with Key to the Scriptures, describing the science of healing used by Christ Jesus, stresses the power of the “light”: "Christian Science brings to the body the sunlight of Truth, which invigorates and purifies. Christian Science as an alterative, neutralizing error with Truth. The effect of this Science is to stir the human mind to a change of base, on which it may yield to the harmony of the divine Mind."  3.) 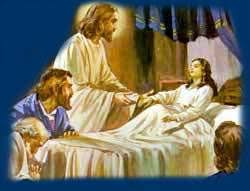 As Jesus proved, In the glow of his “light”, sin, disease and death could not stand. Without medicines, surgery, psychic or psychiatric treatment, with no mechanical forces or physics, just the light of Truth shining as God’s presence he and the disciples brought healing and changed the world!  There was the answer I sought.  Jesus, along with his disciples,  taught and demonstrated that each of us CAN bring help and healing to the world. In a reassuring statement he said:  "He that believeth on me, The works that I do shall ye do also; and greater works than these shall he do; because I go unto my Father." 4.)

Thank you my little Sun Chime for the reminder that we are not slaves to a material universe but, as the Apostle Paul proclaimed: “In Him, we live and move and have our being”.

Let the Light of God's Love shine forth from each of us to continue the work of the Master Christian. 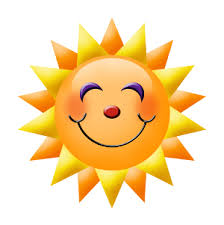