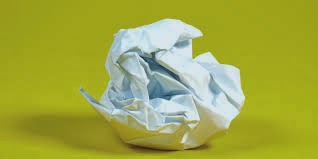 I spotted a small folded piece of paper on my seven year old son’s bedroom dresser and was in the process of picking it up to throw it in the waste basket, but curiosity made me unfold it to see what it was.   The paper was so wrinkled… it must have been folded, opened and refolded 100 times.   As I opened it I was shocked to see a scantily clad young woman’s picture, a centerfold picture from an “adult” magazine.

My son had spent the night with a young friend earlier in the week and upon discussing this with my son I learned the boys had found some of the dad’s "adult" magazines and he tore out this page. 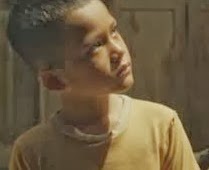 refolded many times, I asked him if he had been looking at that picture a lot.  He said, “Yes Dad, but I am trying to quit.”   Those sad eyes looking up at me, that regret at doing what he knew was not something he was proud of, that self-disappointment showing on his little face, made my heart melt.

As I looked within myself at that moment, I thought, ‘ 'Yes, my boy, Dad knows that sinking feeling of guilt and disappointment,' not a necessarily a sneak peek at racy pictures but the awareness of doing something, maybe a lot of things that I was ashamed of, or not happy to have as part of my character, longing to quit, to change for the better.

Haven’t many of us been in that situation?  Maybe experiencing disappointment with ourselves for not “measuring up”, for doing things we regret, painfully aware that what we are doing is inappropriate, unwise, impure, perhaps not necessarily hurtful or really bad, but something beneath our standards.    But we continue to be powerless to resist the attraction to the wrong actions.  We are Trying to Quit!

It seems fashionable today to “Go to Rehab”, that mecca where an endless stream of celebrities, elected officials and maybe even the person next door go for a miracle cure.  So many wonderful people seemingly chained to bad habits of drugs, alcohol, sex addiction, abuse or maybe just being excessively critical, hurtful, “slightly dishonest", or just falling short of the mark we have set for ourselves.    They are “Trying to Quit”.

The Bible, that historical record of mankind’s efforts to rise higher in spirituality and to escape the downward pull of materiality has many examples showing this is not a new phenomenon.  Even for those whose life mission was to follow the teachings of Christ Jesus, sin was still a struggle. A Bible quote from Paul’s Epistle to the Romans  reflects his struggle where he writes:  “For I know that in me (that is, in my flesh,) dwelleth no good thing: for to will is present with me; but how to perform that which is good I find not.  For the good that I would I do not: but the evil which I would not, that I do.” *  He was “Trying to Quit.”

Anyone who has tried to quit smoking or the use of alcohol and drugs knows that Quitting is difficult!! But maybe Quitting is not the answer after all, and perhaps Starting is a better solution. Instead of trying to extract the unwelcome and undesirable habits and activities, filling their place with good ones is easier and more profitable. After all, in our schools we don't try to pull out ignorance, we pour in "learning"!

Recently while cleaning our duck pond I remembered how in the past I had used every method in the book to get the dirty water out of the pond including  a pump, suction 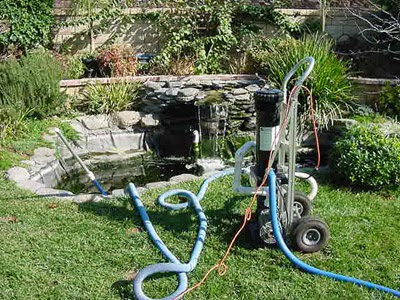 devices, a shovel and anything at hand.  Getting the sludge, feathers and dirty water out was a real chore.    This time  I began filling the pond with clean water which eventually forced out the dirty sludge, replacing it with clean, sparkling water.   How much easier it was to let the clean water do the work of purging the impure contents rather than spending hours dredging out the unwanted dirty water. And, the added benefit was that the dirty water fertilized the land around the pond.  Best of all,  when I had used the old method of emptying and draining I only ended up with an empty vessel. By filling with clean water the end result was a clean and sparkling pool, delightful to the eye and welcoming to the ducks.

In the Holy Bible we see where Christ Jesus shared a story** with his followers that held the key to our freedom.  He described how a  farmer had planted good seed in a field but someone had overnight planted some bad seed in that same field.  That "someone" described as an “enemy”, perhaps was the same enemy that plants those bad ideas in our thinking, those temptations, selfish ideas, greed, sensuality, insensitivity which cause such pain, distress and discouragement.   Jesus told how the landowner advised against pulling up the weeds, but instead nurturing the good seed,  faithfully cultivating and encouraging the good until the bad could be rooted out at harvest.

Religious pioneer Mary Baker Eddy, the discoverer and founder of Christian Science, counseled that "The way to extract error from mortal mind is to pour in truth through flood-tides of Love. Christian perfection is won on no other basis."***

Each of us can decide how best to "Stop Quitting and Start Starting"!!!  But for me, the straightforward lesson in Jesus’ Sermon on the Mount, contained in what are termed the Beatitudes, provides an excellent starting point.   This is a daily challenge,  but the results are surely worth it.

This is a start, and the rest of the list can be found in Matthew, chapter 5. 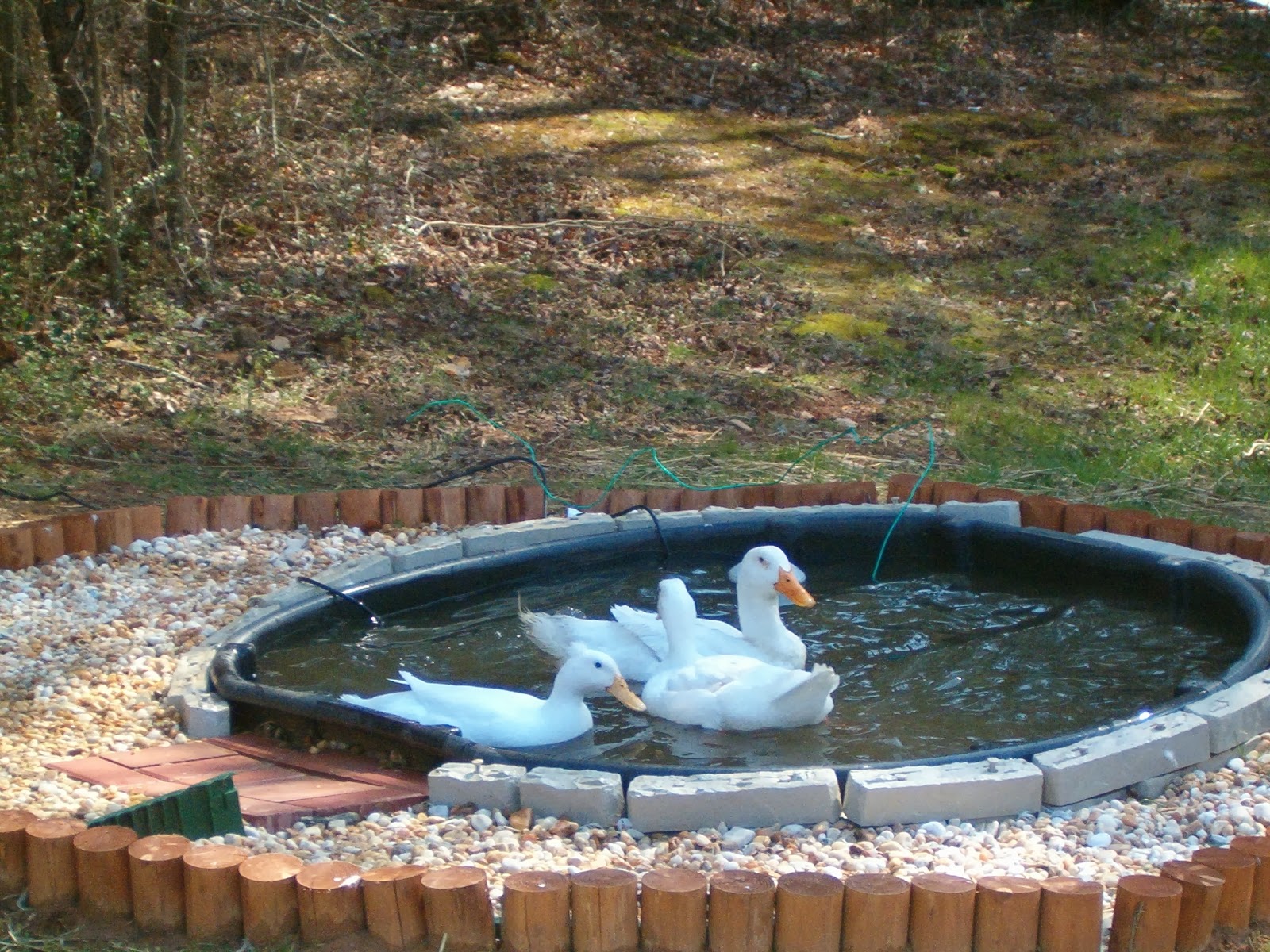 So,if we become discouraged  “Trying to Quit”, to leave behind some unwanted habit, personality trait, or hurtful way of thinking, we need not despair nor wrestle endlessly in a futile effort to extract the bad qualities. Rest assured that diligent and sincere efforts to pour in love, meekness, purity and other good qualities will soon clear out the “dirty water” of our lives.  And, best of all, we will not end up an “empty vessel”, but will reflect more of God's goodness and float more peacefully on life's waters.