How many times have I heard that as I stood at the front door of a stranger’s  home!!?     Or the sudden silence from within where there had been household noises before? You can almost hear the brain waves penetrating the door and into your ears, “Maybe if we are quiet he will go away.”

Oh, the tales that a Fuller Brush Man can tell.   The Fuller Brush Company was, at one time, one of the premier providers of brushes, soaps, cleaning supplies, cosmetics and other household items and what was once rather commonplace across the country in the 1940’s and 50s, the appearance of the Fuller Brush salesman at the door, has faded into the past.   These stalwarts of positive thinking, enthusiasm and determination have gone on to their reward, seeking sales and success in other venues, or resting their weary feet after years of pavement pounding.

It takes a certain amount of courage to climb those steps to the front porch, sample case in hand, smile on face and an absolute confidence that this house will be the one that purchases everything in the catalog. The catalogs have been distributed a week earlier so that the householders have had plenty of opportunity to see what is on special this week and to plan a huge purchase.  Well, that is the picture held firmly in the salesman’s mind!!!
I found part-time employment with a Fuller Brush dealer in  Southern California and was paid a commission based on each day’s sales. The dealer delivered the catalogs to mailboxes in a specific area a week ahead and I had the “easy job” of convincing the householders to buy the scads of merchandise.

The dealer was a "sly fox" and taught me to act just a little bit goofy and keep smiling and nodding my head so that when the person at the door told me to go away I wouldn’t be expected to understand right away what they were saying and I could keep selling.   I learned to be friendly and to offer everyone  a free gift which consisted of a small bottle of perfume, a potato scrub brush or a toothbrush so that the customer would open the door enough to reach for the gift.  When they made that fatal mistake… ZAP.. their hand was filled with our special “silicone based hand cream. While they were surprised, distracted and rubbing cream into their hands,  I was able to continue with my sales presentation and show the weekly specials and describe other items in the catalog.

Sometimes the person answering the door was not at all nice but the Fuller Brush Man continued to smile and show respect.  In one instance I was able to turn an irate man into a prospect just after he had offered to call the police to report us for putting a catalog in his mailbox. With sincere and abundant apologies for the incursion into his mailbox space,  and told him may folks liked to buy from home and not have to go to the store.   He relented a little at which point I was able to get some hand cream sprayed onto his hand and give him a free comb and some aftershave as a gift. He invited me warmly to be sure to drop off a catalog next time and to stop by and talk to him. This was a major victory for a young sales guy, even though he didn’t buy anything at that time. My heart was soaring as I hustled down the sidewalk to the next house.

In the “business” you have to call on at least 12 houses in an hour and try not to spend more than 6-8 minutes at any one house.    One day I was on a roll and I was selling like crazy, I was HOT, everyone was buying, I was unstoppable!!  But, as I leaned down to get something for my sample case at one house my pants started splitting up the back. After I made the sale I backed slowly off the front porch and, being a true salesman, I was not about to quit in the middle of a streak. So, to house after house I went until my pants were completely split and I was hanging way out, backing off of the porch each time so that only my front side ever appeared to a customer.

Then there was the home at the edge of town in San Bernardino that backed right up to the edge of the desert.  Standing at the front door, ringing the bell,  I heard some women screaming in the back yard. I ran around to the back to see two Mexican ladies looking in horror at the biggest, ugliest tarantula ever! They were screaming for me to help.  Luckily, in my sample case was a can of handy dandy Fuller Bug Spray. 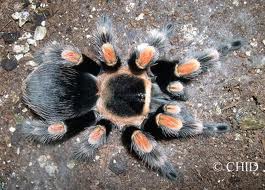 Whipping out the can like an Old West gunslinger, spraying till the can was empty, I dispatched the cruel villain.  But unlike in the movies, he didn’t flinch and kept staring at me with those  big eyes, unmoving, menacing.  Finally, embodying the selfless dedication of sales professionals everywhere, I offered the sacrifice of my body on the altar of big business.   I jumped right onto the big guy with both feet.

Today I regret that action since I have learned more about life and its fragility, even that of a tarantula.  But I did it and I here offer my apology to that innocent tarantula that was only having a great day scaring people.

There is nothing in the world like selling. The thrill of approaching someone and turning them into a customer is one of the real high spots in life. I think it’s because the sales person is really selling himself/herself as a friend.  People buy from friends and if the salesperson is acceptable as a friend, the product is purchased.

May we all be able to emulate successful sales people to the extent that we reflect the Love and Intelligence of our Heavenly Father and present ourselves to others as friends, as supporters, as individuals selling the best product… peace, love, joy compassion and kindness.

All sales are final!!!
Posted by Patrick Collins at 8:48 AM

Well said! Funny stories, but many truths worth our remembering.. In sales, as well as just i dealing with people. Thanks for your wonderful post. BTW.. Having had a tarantula as a pet many years ago, I would submit that the spider behind the house probably didn't know the people around him would be scared. He/she was likely just enjoying a little sunbathing. Its the people who chose to be afraid. Interesting, isn't it? ;-)

Dad, I just told several friends at my local hangouts about this story a few weeks ago. Somehow door to door sales came up, and after bragging about me having sold everything from Electrolux Vacuums to Omaha steaks and free range chicken door to door, I told them proudly of my dads adventures as a Fuller Brush man! I learned everything worthwhile that I know from you! Love you

Yes!!! So true and right on the money. Since that incident happened, a long time ago, I have come to value ALL life and know that fear is in the eye of the beholder. Actually, not even that!! Fear is a belief, a wrong concept of life, an error, a suggestion that God made evil, that God is capable of good and evil. FEAR is really False Evidence Appearing Real. Fear vanishes like darkness when the light is turned on when we recognize it for what it is. You are a smart person!!!

You are somethin'!! Bring on that free range chicken!! I'll never forget that job you had. You are the go-getter!

Good info. Lucky me I found your site by accident (stumbleupon).
I've bookmarked it for later!
my page - http://answers.emoneyonlinesite.info/