"He is complete simplicity; down to Earth, a man with the people. I know him," a CBS News Vatican consultant told CBS News shortly after Pope Francis appeared. On that exciting day recently the world's 1.2 billion Catholics welcomed a new leader. He will be known henceforth as Pope Francis Bergoglio's chosen name, Francis, a nod to the patron saint of Italy, Saint Francis of Assisi. 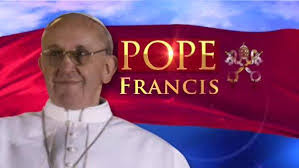 I am not of the Catholic faith but I watched with a warm heart and admiration for this humble man as he took office and immediately demonstrated that he was his own man, not necessarily tied to convention as he put his own imprimatur on the office.

All of the talk about the Pope brought to mind the excitement of a day years ago, a day when I met another Pope.  I was so excited and knew something good was going to happen when Dad came in with a smile that lit up his whole face.  He wanted me to come outside.  He had something to show me.
I had wanted a bicycle, a real bicycle, for a long time.  I was always a short little kid but I wanted a regular size bike.  Matter of fact, there weren’t many, if indeed ANY, little bikes back then.  I doubt that training wheels had ever even occurred to the folks at Pope or Schwinn.   This was a time when there were no bicycle helmets, no extreme playground safety devices, no real worries about kids getting hurt.  If you fell down, you got up, if you skinned your knee, you got over it!!!   If you got a bike, it was get on and ride!!!!

As we stepped outside, Dad leading the way, there it was!!   My eyes really popped open when I saw that beautiful red Pope Columbia bicycle.  I guess it really wasn’t all that pretty to some people. It was a used bike, paint not so shiny; a little worse for wear, but it was priceless to me.

Now you’d have to picture that bicycle with me standing beside it. The bicycle was as tall as I was.  Picture a little guy whose legs couldn't reach both pedals at the same time, seesawing left to right as the pedals traveled up and down.     It proved to be quite a challenge for me to negotiate “mounting up” when my Dad wasn’t there to help. I developed a system where I would push the bicycle over to a fence, climb up on the fence, jump onto the bicycle and pedal away as quickly as possible. When it came time to stop I would slow down the bike and just as it began to teeter I would jump off and the bike would crash.

In today’s antiseptic, “don’t hurt yourself Johnny” society the neighbors may have  called the police on my Dad, locked him up and put me in Child Protective Services,  for putting me in a situation where I could learn by trying, maybe failing, then trying again. But I made it work and I loved him for it.  These lessons were so helpful later in life in the military and in business where sometimes you "just gotta’ climb that fence, jump on and pedal…",  you’re on your own, No Coddling!!!

To me, his most wonderful example of fatherhood was that he didn't set up limitations for me. The red Pope was a bike that was available, he wanted me to have it, and he was confident that I could handle it. Isn’t it wonderful when parents don’t limit their children by their own narrow, fearful  or constricted thoughts? Dad knew that I had enough intelligence to make decisions for myself.

Times were tough in the United States following the Wall Street crash and subsequent depression and World War II, forcing Dad to quit high school in the tenth grade to help support his family.   Everyone had to pitch in to support large families.

But, Dad didn’t recognize that obstacles were in his way.  With only a limited formal
education he worked hard, became a mill manager in the paper industry and ended up as Manufacturing Vice President for a prominent paper manufacturer. An entire chapter of the book “Paper with Presence”, a history of the Gilbert Paper Company was devoted to Dad and his talent and skills as he became the first person from the large corporation that bought Gilbert Paper Company to go into that newly acquired company and take over operations. The chapter was titled, not surprisingly, “The Diplomat”. 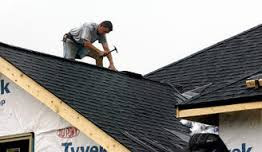 It was probably a miracle that I had this man for my Dad.  There had been incidents when things could have gone the other way. For example the time when I was helping him shingle the roof. I was pretty young but he let me carry a few shingles at a time up the ladder to the roof. On one occasion just as I was climbing up the wooden ladder he had set up on the roof, Dad hit his finger with a hammer and he shouted out a bad word.  My rather injudicious response was to scramble down the ladder as fast as I could, yelling at the top of my voice to my Mother that Dad had cursed.    It could have turned out a lot worse.   I have always respected him for not throwing me off the roof when I sheepishly rejoined the project!!

When I was in trouble, infrequently but too often for Dad, he was always there, supporting, encouraging trusting.   He exemplified the description one Cardinal made of Pope Francis, “Setting an example of wisdom and humility.”

As I have learned more about God, the infinite Father/Mother, from whom all life and being originate, I see how much Dad reflected those nurturing qualities, and how much greater are those "fathering" attributes of our Creator.  I can see how completely we can trust our Forever Father, and All we need to do is ASK.. and then LISTEN.   Jesus painted a picture of God as a giving, loving, comforting, always available presence when he compared dads to God:   “what man is there of you, whom if his son ask bread, will he give him a stone?  Or if he ask a fish, will he give him a serpent?  If ye then, being evil, know how to give good gifts unto your children, how much more shall your Father which is in heaven give good things to them that ask him?”   Matt 7:9

Thanks Dad, for being an example, a gentle, constant beam of God’s Love, shining brightly in a small child’s life, and glowing even into maturity.  God must love me very much to have made me your son.     And… Thanks for the bike!!!
Posted by Patrick Collins at 2:09 PM

Thanks for telling us about your dad. What a treat!

Great, Pat! Yeah, far too many safety rules and devices in the modern world! Sometimes I think they actually tend to attract accidents!

Thanks Melissa and Amy. My Dad was a character, a true hero to me. I guess many dads are really special and I really appreciated mine while he was still here, and now even more when I see more clearly how much of an "angel" he was.

What a great tribute to papal!!! I remember on one of the many trips to their house papal and I worked on building a birdhouse kit that he had bought for me. I also remember the first time I heard my dad cuss! In the basement in Boston when he was working on some project and hit his thumb with a hammer. I didn't run tell mom, but I ran up the stairs pretending I didn't hear it! I'm very lucky to have you as my dad also! Love you and your wonderful stories!!!!!

Awesome reminder about letting go and trusting the One Father to teach our kids the lessons as they are ready to learn them. How proud I know your daddy is of you.... thanks for sharing the wonderful memories and their application to today's everyday experiences!

Thank you Patrick for sharing your experience on the bike and your dad's wonderful example. It also reminded me of my own dad, whom was humble, loving and wise even though not having had much of an education. Worked hard to have his three girls go to school and always expressed so much love to anyone. I also thanked God for having given me my dad in this human experience.

Thank you for your special gift of providing lessons, inspiration and laughter all at the same time!