A good friend of mine, Nelson Williams who lives up in North Carolina told me a story that happened to him some time ago. Nelson is a really nice guy and loved by everyone who knows him. He lives next door to an elderly lady who is a great flower enthusiast and gardener.

She was talking to him one day and told him that she was going to take a vacation and needed someone to watch over the flowers. In particular, the geraniums growing in pots on her porch and around the front of her house. 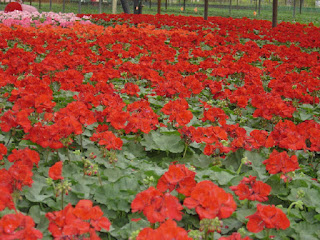 She spent quite a bit of time telling Nelson about the flowers and the importance of the spending enough time to make sure that they flourish. Apparently geraniums need a lot of help and should have good drainage and fertilizer. She also stressed the importance of “deadheading” which is pinching off the flowers that have died to make room for more blossoms and richer growth of new flowers.

Nelson, being the responsible guy that he is, took this assignment seriously. For the first few days after she left Nelson trudged over to the neighbor’s yard scanning all of the flowers in the pots for dead blossoms. He dutifully pinched off the dead ones and threw them away.

At this point in the story, Nelson got that wistful, far off look in his eyes, the kind that make you know that something profound is coming, that you are not nearly as smart as the guy talking, and that you might learn something.  Nelson was like that.

He told me that on his morning trip next door four days after he began ‘deadheading”, as he gazed at the pots he noticed how brilliant and colorful the geraniums were. He suddenly realized that he had spent the first part of the week focusing on the dead flowers, looking intently for the "dead and gone" and what he could "bury”.   He realized that he had overlooked the beauty of the entire garden, and each individual plant by looking for death instead of life. He became incredibly GRATEFUL for life and being.

While he dutifully continued to do his job and pinch off the dead blossoms every day, he had a new appreciation for the beauty of the living flowers and for how he had been so distracted by looking for the dead blossoms that he missed the show.

In thinking about our conversation I started to realize how often in my own life I have concentrated on the dead flowers in my experience and missed some of the beauty of all the good that is going on. How often discouragement, failure, missed opportunities and fear had kept me from being grateful for life, from seeing the beautiful, the good and the true picture.  How sometimes, in my focus on acquiring or keeping money or material objects... "Things", or pursuing less than noble goals, or viewing situations negatively, I had overlooked life’s most wonderful treasures.

As a result, I can see the tremendous power in being more positive in  life, for being  more grateful for the good that surrounds us, for every loving and joyful thought,  for family, for friendship, for being alive and able to share God’s love with those around me, and with those far off who are in our thoughts.  Gratitude for seeing "Life" instead of death and its dead blossoms.

It is surely true that:  “Seeds of Discouragement Won’t Grow in a Garden of Gratitude.”

Posted by Patrick Collins at 10:12 AM