Can you hear it?   What is the voice saying? I am straining to hear but I can’t make it out.  It’s a weak signal.  But it is definitely a voice…. 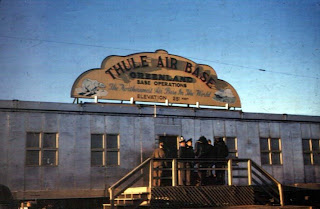 I’m sitting in the Radar Approach Control facility, the air traffic control center,  at Thule Greenland, the U.S. Air Force's northernmost base, located 750 mi north of the Arctic Circle and actually East of the magnetic north pole.  A faint transmission  is coming over Guard channel, a radio  frequency monitored by all air traffic control facilities worldwide, it is the emergency channel ..   Now nothing…silence. 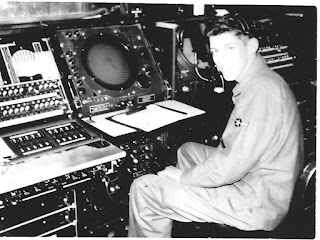 But, listen closely, there it is again, an Air Force fighter pilot calling in a MAYDAY, a distress signal.  There is more static, but listening carefully, the voice can be heard.   Somewhere over the  Arctic Ocean or Baffin Bay , in the total darkness of the winter months where the sun never even peeks over the horizon, this pilot flying an interceptor aircraft is apparently lost, with navigation instrument failure. 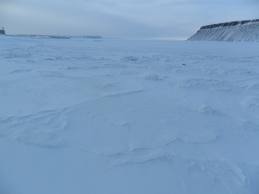 Now I have heard the plaintive sounds of dit-dit-dit  dah-dah-dah  dit-dit-dit, the universal Morse Code S O S distress signal in the past, the pleading sound of a ship somewhere in the North Atlantic, keying out their call for assistance,  my heart going out to those brave mariners needing help in the unforgiving North Sea, and no way for me to help.   But, this time, it’s an aircraft, one of our own Thule interceptor aircraft returning from a mission.

Razor Blue 1 finally heard my calls to him!  “Thule Approach, Razor Blue 1, I read you weak but clear.”  Now going from a Mayday call to a calm voice, this pilot made me feel better!!  These Air Force fighter jockeys  always seem fearless,. I’m scared for him and I’m feeling guilty about being on the ground in a warm control room. 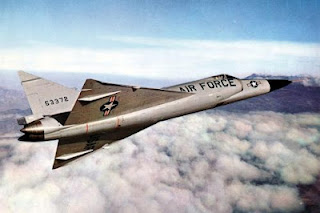 Now we are getting somewhere.  With eyes staring holes into the radar screen I watched to see if I could spot the radar return.  I had given him a tight 360 degree turn and the large wing area of the F102 Delta Dagger aircraft presents a fairly good radar paint when it banks steeply and presents the entire bottom side of the aircraft to the radar signal.   There, there he is.  I've got him!!   “Razor Blue 1, Thule Approach Control…Radar Contact at 82 miles WNW,  continue your  turn and roll out on heading 170 degrees.  I’ll vector you in.”   The calm, matter of fact, textbook voice of this controller belies the thumping heart and concern.   But, we found him and  he’s coming home.
It’s all about listening.   Hearing above and through the static.  Listening for the quiet voice, the weak signal,  the signal that can be heard loud and clear when we fine tune the frequency.

BUT... WHAT has happened to us, the human race???…  It didn’t come suddenly, but with stealth, the arrival of NOISE.  "Turn off the TV,  will you please, Dear,  those commercials are so loud I can’t think."   Oh, it wasn’t the commercials?  It was several political analysts arguing over some obscure meaningless  point, almost shouting,  talking over each other and getting louder and louder

That’s better, no wait,  what’s that noise?  Oh, it’s the ear shattering blast of a huge truck gearing down on the hill across the river, or is it a group of motorcyclists?  Somebody’s really proud of those  loud exhaust pipes, I know.  Then there are the cars passing by with the stereo blasting,  factories clanging, train engines passing nearby with their horns shrieking, iPod, CD players, cell phones, ring tones…STOP!!!!

Where has all the silence gone? 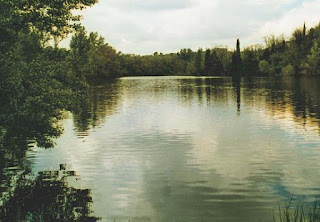 Here’s a test.  Have you ever been deep in the woods, or the middle of a lake, or in a desert place, or some other REALLY quiet spot where there were no sounds, except maybe the whisper of the wind, or the song of a bird, or the ripple of water over the rocks in a stream?   Or even as I have, in the middle of my corn patch with the bees buzzing loudly around the corn, doing their work?   A place where there were no other sounds to distract,  where no voices rang out with human opinions, where it was possible, and oh so very enjoyable, to shut down the physical senses and just… yes… listen.  Jesus called it “entering into a closet”, a quiet place where you are alone with your thoughts from God.

Is there a conspiracy to keep us from listening to the quiet things?  Has loud noise stolen our ability to Listen to the sweet, soft sounds?  Is noise an escape, a diversion so that we don’t have to think, or listen to the sounds of our mental voice whispering?   Or to avoid what  I call the built-in GPS,  the God Positioning System.
You can hear silence, you know.  And in that silence, there are Angels.

Now Angels, to me, are not winged creatures that fly down from heaven.  My concept of angels is captured perfectly in her book, Science and Health with Key to the Scriptures by Mary Baker Eddy.  She describes ANGELS as  “God's thoughts passing to man; spiritual  intuitions, pure and perfect; the inspiration of goodness,  purity, and immortality, counteracting all evil, sensuality, and mortality."

Angel thoughts are those pure, loving, inspiring thoughts that pop up spontaneously and we wonder where in the world they came from.  Now God’s “angel thoughts” don’t REQUIRE silence, I have heard them in the midst of frightening situations , or when the crowd was roaring at a baseball game, or even over the screech of brakes in a tight driving situation.   But..Oh.. the beauty of the still small voice that whispers in velvet tones in the stillness of the “closet”, where all extraneous noises are shut out and focus is totally on listening.  This is where the uplifting thought, the enlightening ideas, the inspired solution to a problem over which we may have been struggling arrives, the light that shines in thought to dispel the darkness of confusion and uncertainty, to reveal a wonderful opportunity.

Will you Listen with me?  The Divine Mind, God is talking… Shhhh......

Posted by Patrick Collins at 10:33 AM

Love,love, love this! And I agree...it seems we have to work harder and harder to still all the noise. But how very lovely that quiet is, when we do. Thanks for the great story to remind us that wonderful things happen when we get quiet and...listen. shhhh...

Beautifully written! EXCELLENT article reminding us all to take time to listen to that "still small voice". Like taking "time to smell the roses", we get caught up in the noise and activities of the world. God is speaking to us and sending angel messages. I'll be one to listen with you.