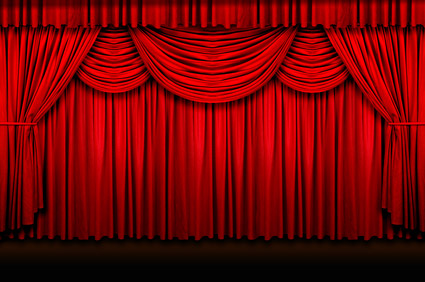 Sitting in the large theater some rows back from the stage, we were thrilled to be present for the music we were about to hear.   As the program began, we could hear the orchestra playing.  It was somewhat muted as the curtain had not yet opened.  It was perhaps an unusual way to start a concert but strangely cozy and comforting, listening to the music while the giant red curtain blocked our view of the orchestra.

Then, almost imperceptibly at first, the curtain began to open.  As it opened, ever so slowly,  the conductor came into view,  behind him the podium the violas were visible, then the first violins and the cellos, the orchestra members dressed crisply in black and white, such a beautiful scene.   As the opening widened the rest of the strings, the woodwinds and horns came into view.  The music seemed to swell to a crescendo as the entire orchestra became visible.    The magnificence of a symphony, playing a beautifully arranged composition, written by Mozart who at even age 7 displayed a talent unreachable by most composers in their advanced years, made chills run up the spine. 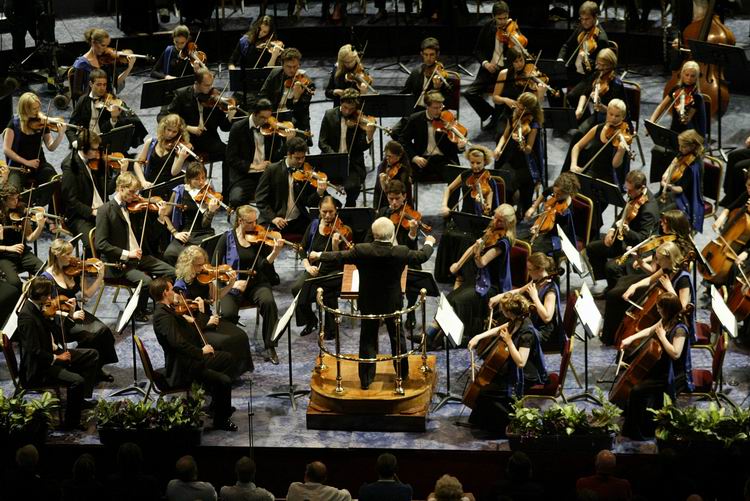 How symbolic was that experience to me, a participant in life’s symphony, as we all are, with dual roles as audience and members of the orchestra.     In my moments of deepest thought and meditation,  I have realized that the grand symphony of eternal life has already been written, the score complete, and that as the curtain of life opens, it is revealed, effortlessly to each of us.

I was reminded of a time, some years earlier when my daughter Melanie, at age 13 or thereabouts, wanted to move on musically, beyond the piano.   She spoke with the school music director and they decided a violin would be just the thing.  And off she went!

Melanie began practicing at home, using the old violin that had been my Great Grandfather's and had been passed on down to my Dad and to me and now Mel.   With all of the expected squeaks and screeches, practice sessions became a good time for Dad to find a project in the garage.  Very shortly thereafter she told us that the orchestra was performing the next week.  I was shocked.  How talented my little darling must be.

On the night of the performance I sat, a nervous Dad, excitedly waiting while the orchestra tuned up.  Then, right in front of my eyes the music began and my little girl with only a few weeks practice was “fiddling” furiously, the rest of the orchestra seemingly racing to keep up.  I was so proud of my genius; she was so obviously my daughter, inheriting the rich legacy of my own musical prowess.   I even notice the conductor nodding in her direction several times, probably acknowledging her skill and tone. 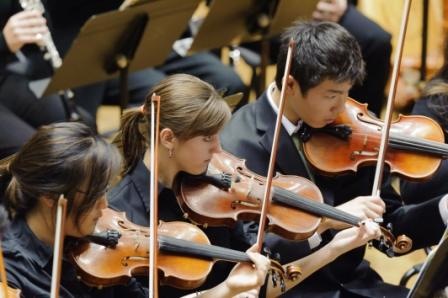 After the show was over I hugged her tightly and asked how she had progressed so rapidly and if that particular piece the orchestra was playing was difficult.  She looked at me and said, "Oh, I don’t know Dad.  I only played the "G" note through the whole piece. I have only learned "G" so far.   GASP!  No wonder the conductor was glaring at her!!  Shock turned to uncontrollable laughter.

That mental picture I held of life’s stage being like the orchestral performance, the curtain opening slowly to reveal the various stages of our experience, has helped me to better understand life’s journey.   So many times I have been like my dear daughter, maybe playing only "G" while the world around me was in harmony, in full orchestra.  But like her, I fiddled away the best I could.  There were certainly better “life musicians” out there, more experienced, more qualified, more talented members of this orchestra of humanity.    But, in doing what I could I reflected to some degree Shakespeare’s line, “If music be the food of life, play on”.

As the years have passed I can see more clearly that analogy of life as a symphony. As our human experience begins, we as small children are waiting in the audience of life, eagerly awaiting the first notes from the orchestra, our first experiences in this human sphere.   Our expectations are high; excitement and the promise of wonderful things fill our senses.   As we progress through our days on earth and the curtain opens more widely, the music becomes clearer, more meaningful.  The various instruments play together in harmony, supporting and complementing each other, all being directed by the Conductor, the divine intelligence, God.

The Bible, that work that reflects man’s search for truth throughout the ages, sets the scene for the Symphony of the universe. This beautiful story in the Book of Genesis, depicting the creation of the entire universe, shows the Creator’s symphony score to be finished, waiting to be played before the eternal audience. It says: “And God saw everything that he had made, and, behold, it was very good. ...Thus the heavens and the earth were finished, and all the host of them. “* Finished. Completed. Awaiting the orchestra. 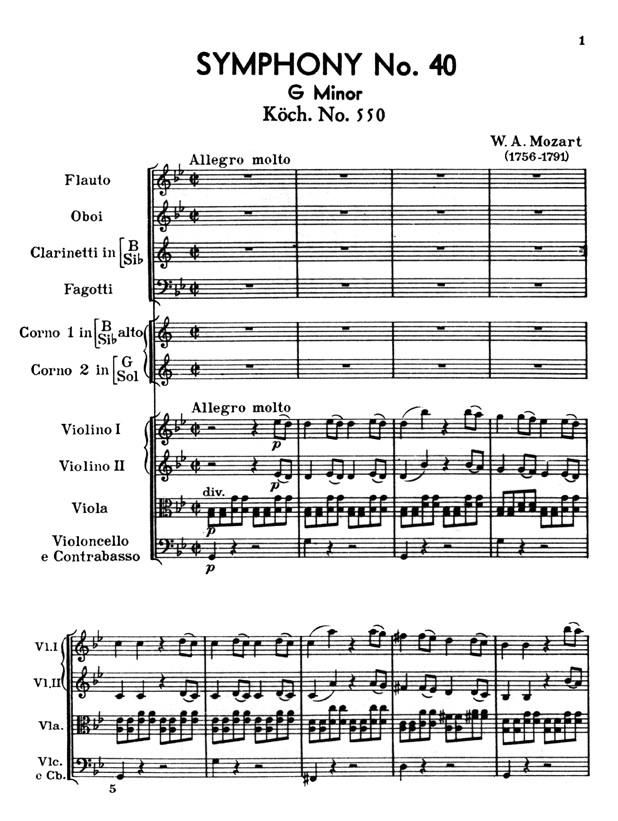 That curtain on life may be opening slowly, or rapidly, for each of us.  It may not open completely for a long period of time, we may only be playing the “G” note at some points, but our daily practice, our desire to improve, our diligence to play that "G" the best it can be played, and to join in the harmony of life, is all we need do.

As each of us tunes up our violin today, we can know that God has written the score.  There are, in the spiritual reality, no sour notes, there is no discordant theme,  no missing notes.  The Grand Composer has finished his work.  It is ours to enjoy.

In I Corinthians Paul said:  For now we see through a glass, darkly; but then face to face: now I know in part; but then shall I know even as also I am known.

When we know the Composer, the Creator, become familiar with His works, listen for the true sound, when we are confident and have faith in His ability to write the perfect score, we can sit back, close our eyes, listen to the music of life, and enjoy.

Welcome to Symphony Hall.
Posted by Patrick Collins at 1:11 PM

I look forward to sharing this inspiring story with my son Kale... who also plays the violin.

Thanks Pat, it reminds me of what 19th century theologian Mary Baker Eddy said. "If your violin is in tune, it is unnecessary to tune it up. Keep your violin in tune."

why is it every time I read one of your stories I end up in tears!? you have a wonderful gift. When you tell your stories I feel like I am there with you while it's happening. And the glimpses of your understanding of our journey, and your love for God is healing. Thank you!
P.S. For many of the stories I actually was there, or downstairs breaking something! :-7