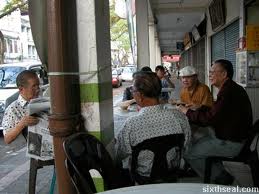 You can usually spot them sitting in a corner at a booth or table.  You can be sure they will be wearing casual clothes, almost always all wearing hats,  some John Deere Tractor caps, favorite baseball team caps, western or cowboy hats, Harley Davidson motorcycle hats, though most don't have the cycle, but you have to have a hat.  UNLESS, of course  you are really old and then the rules are off.  Baldness is acceptable.  The other exception is if it is a Senior Men’s Bible Study group and they usually wear dress shirts, some with ties but definitely no hats. 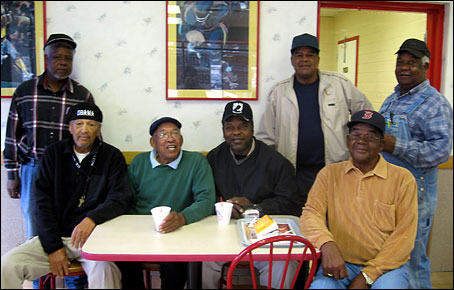 So many times over the years I have encountered them, this strange phenomena, small groups conversing quietly, sometimes more vocal and even, though infrequently, loud assertions and forceful utterances, although never profane or insulting.  I have seen these clubs all over the world, in the Middle East, Europe and the Far East,  The Old Men’s Club. 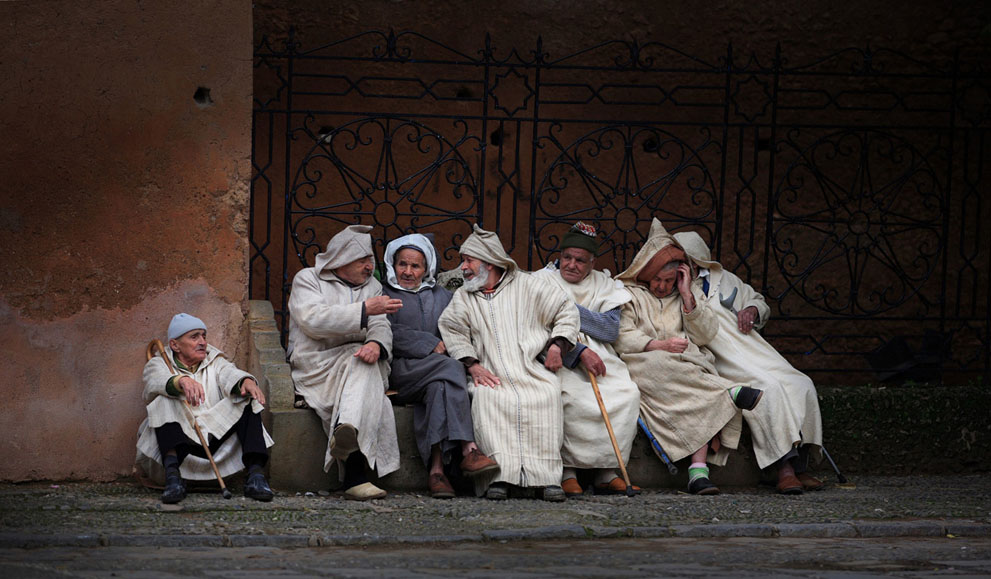 But for me, tightly bound into endless work days of long hours, busy schedules, critical phone calls, mandatory meetings, planes to board, cars to rent, hotels to book, important sales calls or high level management meetings, these clubs were something far from my comprehension.    BUT, no matter where I went, as soon as I entered one of the favored venues for these Clubs, I would see them.  Some men looked like farmers, some smiling, some frowning, at the ends of the spectrum there was usually one that had the best or most urgently felt  opinions and one that didn’t say much, all drinking and eating.   What was the fascination, I wondered?

How wonderful life is!!!  The calendar flips, the years pass by and I now know the "secret", the attraction of the Old Man’s Club.

Actually there are two secrets.  The First Secret is… shhh… don’t tell… they aren’t just Old Men!!  They are people, mostly good people, wonderful people actually , who have paddled their canoes through the rough waters of life, through the eddies and calm waters, paddling rapidly when the whirlpools of rushing rivers met still waters causing whirlpools that could have upset their canoes.  Pressing on bravely year after year, laughing, crying, worrying, enjoying, praying and feeling prayer answered, and now, enjoying being docked together with friends.  They have acquired wisdom, understanding, and a wonderful perspective on life.

My own  Club consists of several wonderful guys.  Tom, the Butcher, whom I met and became friends with when I first visited his butcher shop some years back.  A thirty year veteran of the United States Marine Corps with a fascinating background, a vast store of stories and tales, most of which are true, or so he says!!  Then there is Brent, retired FBI agent, intriguing experiences with the Bureau and tales of the rigors of teaching school which preceded his FBI service.  David is a successful businessman, Princeton graduate, wordsmith, punster and possesses a vivid imagination.  Then there is a newer member Jim, a good friend and a fellow Ohio State Buckeye.  He will be joining us for coffee soon.

And now for the Second Secret: In the Old Man’s Club, you aren’t OLD, you are FREE.  You are free to share openly and honesty, to drop any pretenses of importance, rank or status.  Free to let your guard down and be yourself. No one cares about who you were or what you did over the years, unless you have some really great stories!!  But they do care about the touching experiences you may have had, the lessons you learned along the way, the fears you were able to overcome, and perhaps the progress you have made towards seeing that the goals you may have had as a young man have been replaced by the understanding that love is more important than all of the gold you could accumulate.   They care about your problems and share healing and helpful thoughts.

Life isn’t about being OLD.   A Quote from Science and Health with Key to the Scriptures** assures us:  Life is eternal.   We should find this out, and begin the demonstration thereof.  Life and goodness are immortal.

Let us then shape our views of existence into loveliness, freshness, and continuity, rather  than into age and blight. Men and women of riper years and larger lessons ought to ripen into health and immortality, instead of lapsing into darkness or gloom.

I am not sure about all of the clubs, but I know that in our club, we aren’t OLD, and we can each tell the others freely that we love them and admire them without feeling awkward, and often give each other a “man hug”.   And then, just maybe, we will  entertain one or two stores about how handsome each of us used to be and just how fiercely that big fish fought that we "almost" landed last week.

** For those who have inquired about my quotes from Science and Health, here is some additional information.   Science and Health with Key to the Scriptures, written by Mary Baker Eddy, is used as a research source and companion to the Bible by members of many religions. First published in 1875, Science and Health has sold over 10 million copies and is a best-seller today. 2000-2001 yielded the book’s highest annual sales ever. It has also been cited by the Women’s National Book Association as “one of the 75 books by women whose words have changed the world.

Posted by Patrick Collins at 2:09 PM

Mary Baker Eddy loved all mankind and knew the blessing of affection when she wrote, "When the heart speaks, however simple the words,
its language is always acceptable to those who have hearts." Your story exemplifies this Pat. Thanks.

Really loved this ons dad, and the snake story as well. I do have to admit I kind of feel sorry for the snake because he got a raw deal from the start.
Love ya,
Kevin