Discouraged? Lessons from a Would be Athlete!

The pitcher stepped off the pitcher’s mound, so  I stepped out of the batter’s box and glanced over at the coach.  The count was 3 Balls and two Strikes.    Baseball players always have to get their signs from a coach or the manager in situations like this,  and even though I was just a young player,  I knew that much.

I tapped my cleats with the bat to knock off the dirt, the way the professionals do.  It was then that I remembered I didn’t have cleats, just tennis shoes.  We won’t get our baseball shoes until they issue the uniforms later this evening.    I also became aware that hitting my foot with a bat was not a great idea.

The coach flashed me the secret sign,  he  tapped his hat then his elbow then his hat again. I got the sign.  As I recall these years later, I actually only had two signs  to remember.  I think one was “swing and miss” and the other was “duck”.    The other boys had more complex signals but the coach didn’t have much faith in me.

After the game that evening the selections for the Little League teams were being made. There were a number of sponsors supporting the teams, supplying uniforms and some of the equipment, like shoes with cleats.  The teams would soon be playing “under the lights” at Chillicothe Ohio’s City Park baseball diamond.  I hoped to be selected for the Lynch Motors team, a local Ford dealer that provided really snazzy uniforms.  Snazzy was a word we used back then, today’s equivalent of WOW, cool, rad, awesome, “totally” and other adjectives. I’m a little out of date on these.

Dutifully following the “swing and miss” sign like a professional, I struck out. The game was over and it was time for Little League team selection.  All of the boys in the sandlot baseball program gathered around as the League organizers  started going through  the names of the players that had been assigned to various teams. I knew many of the guys.
When they came to the end of the list, I was still standing there. Just me, and one other boy.  "Looks like we didn’t make any team,"  I, master of the obvious, said to him.  To  myself I said, 'I guess I don’t get one of those beautiful uniforms that I had dreamed of, had wanted so very badly.' My dreams of strutting onto the baseball diamond in my spotless uniform were just that, dreams. A real disappointment. 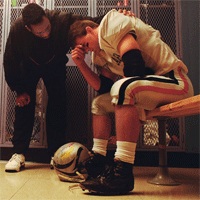 A few years later, as I was at football scrimmage in my freshman year of high school, I was lined up in the right guard position. We ran a number of plays as the coach watched, carefully evaluating the potential of each of us.   Later he called me aside and sat me on the bench. He told me that at a weight of 110 pounds, that weight including my pads and uniform,  I wasn’t really cut out to play right guard, or any position on the team if you get right down to it.  He suggested, as gently as he could,  that I might find a great position in the marching band. Another disappointment.

A couple of years later I headed off for my screening  for the United States Air Force Academy. I had received appointments from two United States Senators from Ohio, Senators Bricker and Bender. I was so excited when I went to Wright-Patterson Air Force Base in Dayton to take the physicals and the interviews. 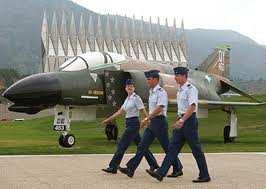 Why it would only be a couple of years and I would be graduating from just the second graduating class of the Academy, and soon after that, wearing silver aviator wings, jogging out to an aircraft on the ramp, ready to go.    But, as Dad would say, “Here again”… another disappointment.   Dad always said "Here again" when he was about to repeat himself!!

I was small and underweight, a 16 year old boy, so naïve about what answers they were looking for.  I  apparently didn’t convince the psychiatrist, a forty something year old doctor who probably had forgotten what it was like to be 16 and excited,  that I really wanted a career in the Air Force.   You really have to know how to answer the questions these guys ask.  I’ve always wondered about psychiatrists anyway!

But this little article isn't about failure it’s about success, it’s about victory,  it’s about keeping up and keeping going, expecting good and listening for guidance..

Let’s rewind, return with me to those days where disappointment and discouragement seemed to have the upper hand.

As the Little League teams were formed and the rosters closed, while I was standing there feeling down, no team, no uniform, no glory… a man came up and asked if I wanted a job selling soft drinks and hot dogs at the games each evening.  I jumped at the opportunity.   Me, a job??  ABSOLUTELY!! As the season began I found myself at the games each evening, learning to sell, preparing for a lifetime of selling, talking to girls in the stands, eating free hot dogs and drinking sodas, all the while making some forty five cents an hour.  Not bad money considering all of the hot dogs I ate!!  This, in contrast to the guys on the baseball teams, granted, wearing those great uniforms, but spending the evenings swatting at gnats in the outfield, maybe wishing they could have one of my mustard dogs and a cool drink.

And about the football team.   I didn’t make the team of course but I did get into the High School Marching Band, playing the sousaphone, and loved every minute of it.  And that led to a place in the orchestra, the concert band, the basketball band, and who could forget playing bass fiddle in gigs with “Jack Armstrong and the All Americans” at such venues as the Jackson Ohio Apple Festival and Circleville Pumpkin Show!!  Well, okay, so it was just 2 electric guitars, drums, piano and my bass, playing small town Ohio "hits" like  "It Must Be Jelly Cause Jam Don't Shake Like That", (Click here to listen to that old standard), and other favorites!!!  Not quite Beatles level stuff, but loads of fun.

While I didn't get to the Air Force Academy, I did join the U.S. Air Force and, enjoyed my time serving the country.

What valuable lessons these early experiences were, how they gave me a perspective on being open to opportunities that I had never considered.   As I matured I realized that we are so much better off if our plans are not so “fixed in concrete” that we may overlook even better directions and opportunities, directions that are more suited for us, more natural.

Young people can shake off disappointment and discouragement as new opportunities open up, but as we mature, disappointments seem more serious, more life altering, more devastating, and they can cloud our enthusiasm and defeat our positive attitude.  Childlike optimism is overtaken by the weight of worry, the “what if”, the “what will people think”, “what will happen to me”, the downward pull of the “gravity of fear”.

How many times does it have to happen, I have often asked myself.  How many times does God have to prove to me that trusting, listening for the inner voice, being open and receptive to His guidance will lead me into the path that is best?

The Bible, a wonderful handbook of how others have coped with life’s challenges in years past, is full of examples.  Now nothing I have faced is equal to being cast into a lions den like Daniel was, or being swallowed by a big fish like poor Jonah, or being confined in a fiery furnace like those three young servants of God, but the problems we face often SEEM that serious.

But one thing I have learned.   When we listen, trusting that the BEST Way will open up for us, it miraculously happens.  Isaiah had this advice about what happens when we get ourselves, our will power, our sometimes stubborn, what my Dad used to call “Bullheaded opinions”  out of the way, and listen:
And thine ears shall hear a word behind thee, saying, "This is the way, walk ye in it, when ye turn to the right hand, and when ye turn to the left."  Isaiah 30:21. 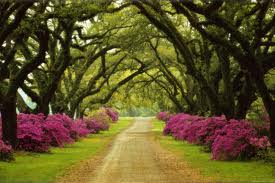 I can assure you, God is talking to you and me right now.
Posted by Patrick Collins at 11:08 AM

How true! When one door shuts; another one opens that leads us to somewhere that might not be "better" (whatever that is)but will surely be different. Different is not necessarily bad, but is most likely well suited.

Musically speaking the Rascal Flat hit "Life is a Highway" sort of sums it up. www.youtube.com/watch?v=mvsmRuRp4cM