Halloween and the Fiscal Cliff “This Just In” blared the television in the family room.… I was immediately alert and ready for the next chapter of bad news from the TV news anchor.

I’ve been “conditioned”!! When I hear that pronouncement, or the equally compelling… “Breaking News”… I am prepared for some vital piece of information or an earth shattering announcement regarding an unfolding story that apparently everyone must immediately know about it. Sometimes “Breaking News” turns out to be just an update that some little known 19 year old TV actress broke up a relationship with some other unknown young person. Always good to know!!! But mostly the announcements are more serious, and frightening.

Please note that "Breaking News" and "This Just In" are almost invariably BAD NEWS, not stories of good unfolding, of love or joy or beneficence. Hmmmm… 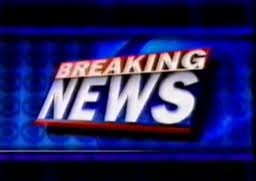 I have discovered that most of the stories under the Breaking News category are geared to raise up feelings of fear, anger, resentment, disillusionment, disgust, disappointment and helplessness. With all due respect to the talented news professionals, the reporters and the broadcast stations are usually respectable, honest and well meaning, it is the stories that they report that need close scrutiny by the listener and viewer, a call to look deeper into the truth, and to put the story in perspective.

Fear is one of the worst and most prevalent emotions. For example, I follow the stock market closely and most days, either before the market opens or at the end of the day, you will hear, “Market down on Fears of….” Or, before the opening bell.. “Market set to open down on Fears of…” Almost every day!! I keep wondering, If they are all afraid, why are they in the market!!

I was recently really concerned, fearful even, when I heard some of the news stories originating about the so-called Fiscal Cliff. Apparently at the end of this current year, the United States of America will experience a draconian reduction in the Federal budget which will send shockwaves through the country, the stock market, the economy and our individual lives, unless Congress takes corrective action sooner. 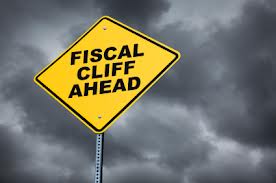 I was really worried and ruminating about what I personally could do to stop this from happening, or prepare for it, and no sooner than I started to explore my options I heard another, even more alarming broadcast, a “This Just In… Breaking News…” originating from that same station. This story said that according to the Mayan calendar that a catastrophic event would happen in December of this year.

Then, I heard still another announcer, with a great sense of urgency, commenting about predictions of the melting of the polar ice cap with subsequent flooding of some large cities, more on the threat of worldwide terrorism, then the horrible things that will happen if this political candidate is elected, or if the opponent wins, and the litany of the myriad threats facing the world. I’m sure you’ve heard them all. And when the announcer stopped  an ad came on warning about body odor and bad breath!!!  Now I was really overwhelmed with worry!

In a state of confusion I thought, what should I worry about first?? Should I fret about the Fiscal Cliff, the melting Greenland ice cap, a centuries old calendar prophecy or just the one that is supposed to happen first? I don’t want to waste my time worrying about the wrong one. What to do?


I hope what I discovered will enlighten you and bring a sense of peace. And it’s about Halloween. In the USA Halloween is a Trick or Treat holiday where children dress up in costume and go door to door “begging” for candies, fruit and the like. They try to frighten the people that meet and threaten a “Trick”, some prank, if they don’t get some candy. 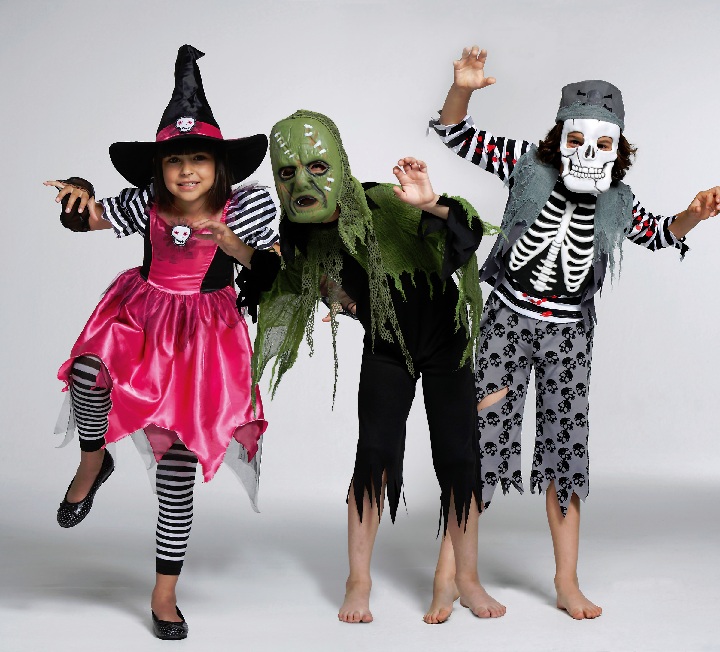 Now, some of these little darlings are dressed in really scary outfits, calculated to FRIGHTEN, just like Breaking News!!!! The sweetest little boys and girls pose as the most dangerous and chilling characters with gory and angry masks, trying to take us in, to make us believe their ghostly appearance. But we know that when the mask comes off, they are just the little children from our neighborhood, we are not frightened.


Just so, I have been working on refusing to become unsettled  by the seemingly insoluble conditions of the world, the threat of physical, moral and financial harm.

Throughout history, followers of almost every recognized religion have been led to look deeper into reality than the view given by the current political, economic and cultural problems. This search, looking beyond the material view to God, Spirit, for answers has brought them a sense of calm and peace, a better sense of what life is really all about.

Certainly Christians, following the example of Christ Jesus, have found that unmasking threats and looking to God, Divine Love, for guidance, have seen these threats disappear, replaced by peace and joy.


One excellent example that comes to mind when hearing of the Fiscal Cliff is when Jesus, a humble teacher, healer and comforter was facing an angry mob. The crowd was so incensed that they were going to throw him over the cliff. He just walked away. He didn’t fear the cliff, the threat that the material world posed, he just walked away.


The historical record of that event, written in Luke 4:24-25, is that the crowd was angry and “rose up, and thrust him out of the city, and led him unto the brow of the hill whereon their city was built, that they might cast him down headlong. But he passing through the midst of them went his way.”


In effect, he removed the mask, the threat, even though his life was being threatened by the crowd. He understood that life is spiritual, not material. In other instances he lifted the mask of hunger when he fed multitudes with a few fish and loaves, lifted the fear of his disciples when the storm at sea threatened to sink their ship, removed the fear and anguish of suffering from all manner of fears and diseases. Time and again Jesus demonstrated, and taught his disciples to demonstrate their power over fear.

This unmasking of fear is something we can all do. As a matter of fact Jesus also said, speaking of his teaching said: “These things have I spoken unto you, that my joy might remain in you, and that your joy might be full."  (John 15:11) And, "Peace I leave with you, my peace I give unto you: not as the world giveth, give I unto you. Let not your heart be troubled, neither let it be afraid."  (John 14:27)

Now, what about the Breaking News? Do we just close our eyes to the problems?

NO!! We unmask them, as Jesus did, we see through the claim of the material world, see that fear, cannot intimidate, threaten or cause us to lose our joy. Like going to the door on Halloween, we see the threatening costumes, the frightening masks, but we confidently face them knowing we have nothing to fear.

As a favorite hymn goes:

Ask yourself, as I do,  What is fear doing today to keep me from living, loving, sharing, supporting, confident living? We are not supposed to be afraid!!! So UNMASK FEAR and turn off the station. And, enjoy the candy!!!
Posted by Patrick Collins at 9:13 PM